Proceeds from every book sold will go to supporting HOPE House
Jun 4, 2020 9:30 AM By: Kenneth Armstrong 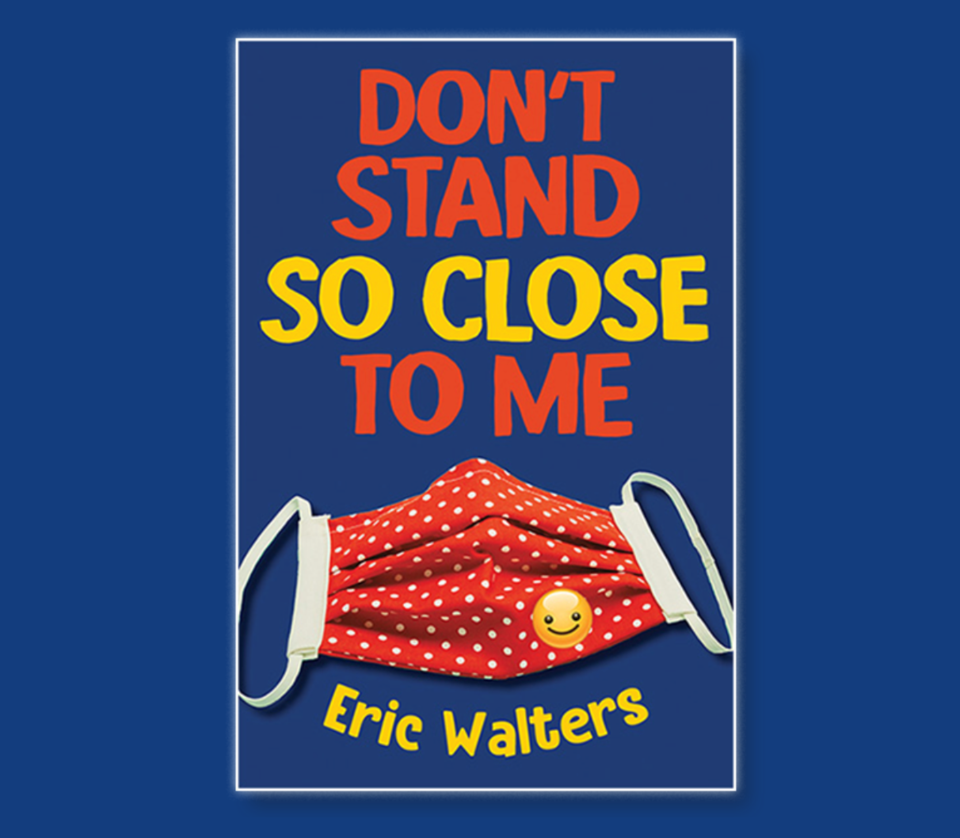 Cover image of Don't Stand So Close to Me, the newest book by Guelph author Eric Walters

A Guelph author says his new book helps kids to navigate their way through the COVID-19 pandemic in a hopeful and positive way.

Eric Walters’ newest book, Don’t Stand So Close to Me, was released as an electronic book on Tuesday and is expected to be available in print form in September. It is geared toward middle-grade students.

From conception to publishing, Walters and Canadian publisher Orca Book Publishers turned the project around in just over a month.

“The usual book cycle probably takes about a year to two years, this took 41 days,” said Walters by phone on Wednesday.

Walters and his team achieved this by doing all of the steps of publishing a book – like proofreading, cover illustration and marketing – at the same time instead of one after another, which is something the author said rarely happens in the industry.

For proofreaders, Walters reached out to teachers, librarians and students in Ontario, B.C., Arkansas and Florida and their feedback helped ensure the story accurately portrays current experiences.

“That helped to make it a better book,” said Walters.

Along with the launch, the book is a teacher's guide, allowing it to be added to picked up by students across North America right away.

He hadn’t planned to write a book about the pandemic, but Walters said he heard time and again about the anxiety and lack of resources children had in the face of COVID-19.

Walters then contacted the publisher, which signed on to the project immediately, he said.

The novel tells the story of a 13-year-old named Quinn who is initially excited when March break was extended due to the pandemic, but reality sets in as her family adjusts to the new situation.

“This story is a hopeful pandemic story. It actually leaves people with hope and gives a lot of positive messages,” said Walters.

When it launched on Tuesday, a social media campaign was scheduled to run alongside but Walters made a last-minute decision to pull them so as not to interfere with Blackout Tuesday, a campaign intended to support the Black Lives Matter movement.

“At seven I started making phone calls and emails to pull the plug on everything for a day, which was fascinating all by itself but it felt like the right thing to do,” said Walters.

Some of the proceeds from every book sold will go to supporting HOPE House to help provide personal protective equipment and sanitation needs for staff and people experiencing homelessness in Guelph.

“I wanted to be able to provide for people who are most at need during this pandemic,” said Walters.

Dont's Stand So Close to Me is available at orcabook.com and all major eBook retailers.

Guelph author helps tell the tragic and inspiring story of a boy's last Christmas
May 13, 2020 7:00 AM
Comments
We welcome your feedback and encourage you to share your thoughts. We ask that you be respectful of others and their points of view, refrain from personal attacks and stay on topic. To learn about our commenting policies and how we moderate, please read our Community Guidelines.