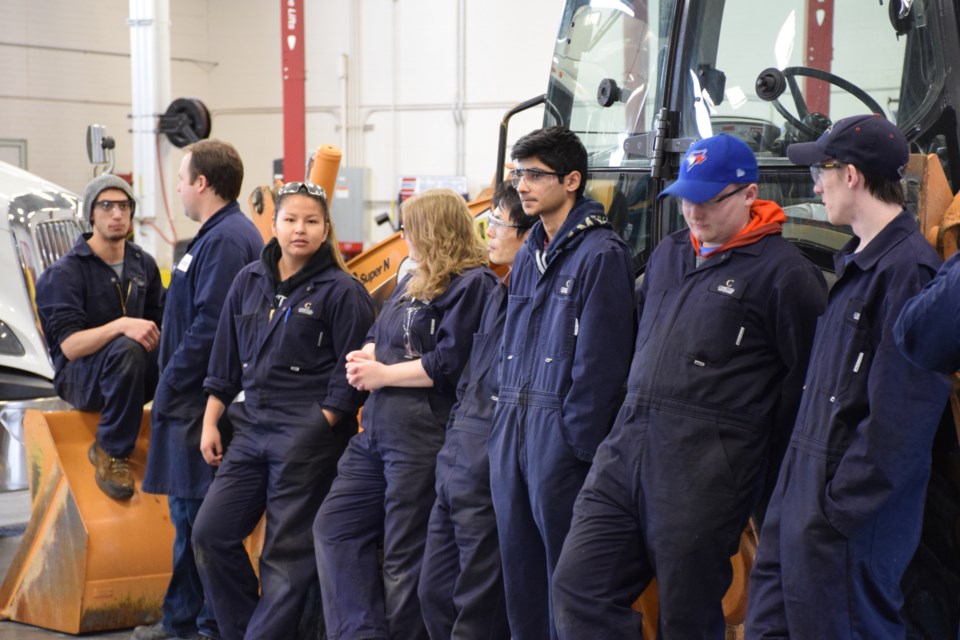 When 42 acres of land went up for sale in Cambridge this year, Conestoga College President John Tibbits saw it as a deal they just could not pass on.

So the college took it as an opportunity to move all of its trades programs from all its campuses to the Cambridge location as part of some major changes.

“What we want to have is a full-service programming college like we have in Kitchener. Not just social services but information technology, business, applied computer sciences, health,” says Tibbits.

“We would bring quite a menu of the programs. It would be very good for young people in Guelph because there will be many more opportunities globally than there are now with some post-secondary and even degree programs.”

“Within five or six years, we will have at least 5,000 students there,” says Tibbits which is larger than many of the other eight campuses the school has.

Tibbits says a large problem the college faces is drawing students from Guelph because it only caters to the trades.

“We will be much more attractive to a broader range of students,” says Tibbits about the Guelph campus in which renovation is already underway to transform workshops into modern academic spaces.

He says by moving all the trades under one roof in Cambridge, the college will be able to provide a broad curriculum of the trades.

“It will be the largest, most comprehensive trade centre in Ontario by far,” says Tibbits about the 42 acres of land.

The problem now he says is that the trades are scattered across the colleges.

“If someone wants to see the trades now, what do they see? Guelph is the transportation trades, but if you want the construction trades, they’re over in waterloo and the electrical is in Doon,” says Tibbits adding that when high schools have partnerships with the college, it becomes difficult for them to get a thorough glimpse of the trades provided.

He says the large Cambridge campus will also encourage young people to pursue the trade field.

“The average age of an apprentice in Ontario is 27. In Germany, it’s 16. That’s a huge problem. Everyone thinks they should go to university so we need to raise the profile of trades and that’s why we’re doing that,” says Tibbits.

The Guelph campus will also be expanded to accommodate this large increase of students in increments within the next five years.

“We would bring a greater range not just in regard to the subject matter but also levels of programming. For instance, in engineering, we have tech foundations and we also have one-year programs, two-year technicians, three-year technologists degree programs,” says Tibbits.

Tibbits says with Guelph being one of the fastest-growing cities in Ontario the demand for a full-service college not only exists now but will be there in the future as well.