Dr. Fady Ghaly was accused of placing a camera in the washroom of a Mississauga clinic he practiced at in 2017. He was later convicted of lesser charges
Aug 12, 2019 1:00 PM By: Kenneth Armstrong 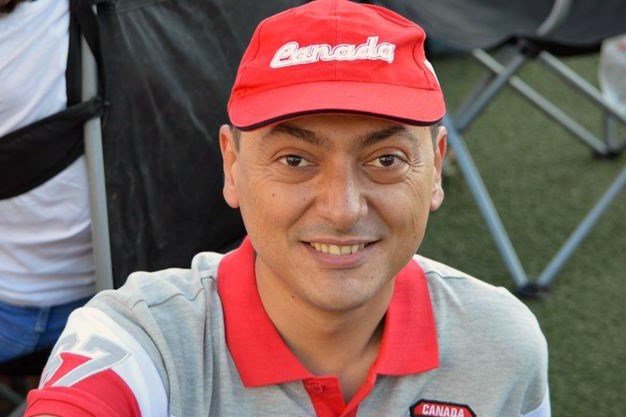 Facebook photo of Guelph doctor Fady Ghaly, who is currently being investigated by the College of Physicians and Surgeons of Ontario.

A Guelph doctor is facing possible disciplinary action from the College of Physicians and Surgeons of Ontario following a 2018 conviction of criminal charges stemming from accusations of voyeurism at another clinic.

In 2017, Ghaly faced two charges of voyeurism from Peel Region Police after a hidden camera was allegedly found in a staff washroom at his practice in Mississauga.

In a press release from Peel Regional Police at the time of the arrest, police said two females told investigators about a camera placed in the employee washroom of the Cawthra Medical Clinic.

In 2018, Ghaly was convicted of committing mischief by obstructing, interrupting or interfering with the lawful use, enjoyment or operation of property. He was sentenced to three months house arrest, an additional three months of partial house arrest and 18 months probation.

As of Monday morning, Dr. Fady Ghaly is still practicing medicine at the Arkell Walk-In Clinic, according to a person who picked up the phone. She was unable to answer other questions about Ghaly.

A request for more information from clinic management was not immediately returned.

The College of Physicians and Surgeons (CPSO) has taken the unusual step in letting the public know it is currently investigating the allegations against Ghaly.

In an emailed statement, Shae Greenfield, senior communications advisor with CPSO, said the college is prohibited from further disclosing details of an ongoing investigation.

CPSO does not usually disclose ongoing investigations, but acknowledged the investigation against Ghaly because it was determined to be in the public interest, said Greenfield.

Ghaly is also licensed or registered to practice medicine in Egypt and Saskatchewan, according to the CPSO profile of the doctor.