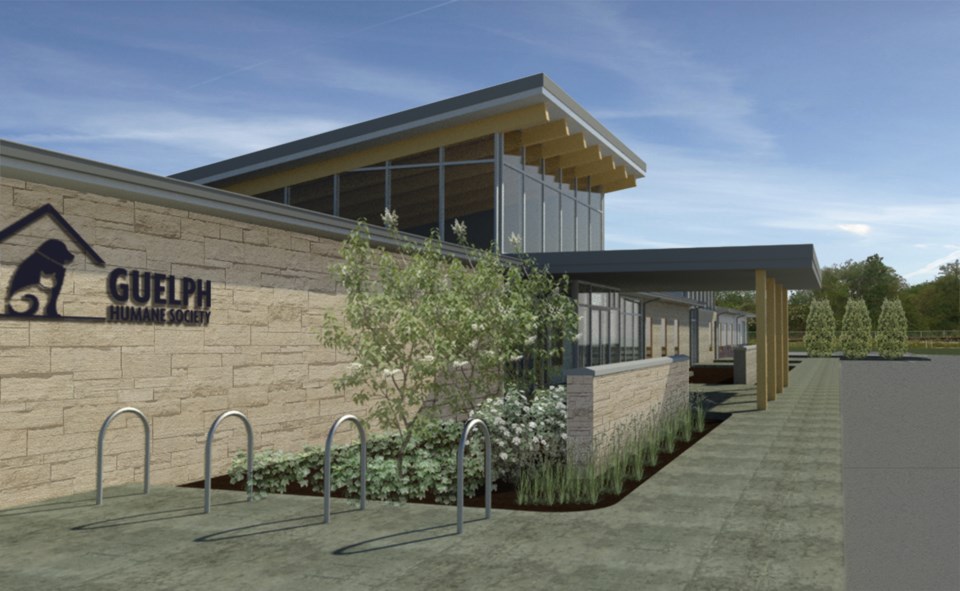 Thanks to a $5 million gift from Kim and Stu Lang, the Guelph Humane Society will break ground on its new south end home next month.

The $5 million is support of the GHS Capital Campaign – Unleashing Hope. It is the largest-ever received in the history of the Guelph Humane Society.

"The Lang’s gift is transformational for our campaign. Thanks to the Lang’s generosity, the construction will finally begin this September. The new facility is a long awaited project that will have a huge impact on the lives of vulnerable animals in Guelph and Wellington County,” said Adrienne McBride, Executive Director, in a press release.

Kim and Stu Lang are longtime Guelph-area residents. They have shared their life with a large number of beloved animals, including dogs and cats (most of which have been rescues) and horses. Supporting an organization like GHS is especially meaningful to them, since GHS gives vulnerable animals a second chance for a happy and healthy life, said the release.

“As a lifelong animal lover, I’m absolutely thrilled to be able to help the Guelph Humane Society with the building of their new, much needed facility! I like a quote from the humanitarian and philosopher Albert Schweitzer: 'until he extends the circle of his compassion to all living things, mankind will not himself find peace.'

"The Guelph Humane Society has been extending compassion to countless living things for 125 years and it is a profound pleasure for Stu and I to be included among the many generous people who have been able to contribute -in every way possible- to the work of the GHS, ensuring safe, healthy futures for animals at risk in the Guelph area for many, many years to come, ” says Kim Lang.

The gift is being made through the Lang’s Angel Gabriel Foundation. GHS received the first installment in the spring. Since then, GHS has been finalizing construction details.

The Lang’s gift brings the total raised by the Humane Society to over $6.5M of its’ $10 Million goal for the campaign, which includes the land purchase, development charges, plan development and the building itself. Other significant contributions have been from Kathy White, the Truscott Family, Glenn Goddard and Maureen McCafferty, Larry and Katie Smith, Annie Guthrie and Muffie Guthrie, Jody McCurdy, Royal Canin, and Ren’s Pets. Additionally, estate gifts in support of the building from the late Hugh and Lorna Guthrie, and the late Mary Anne Thompson Sommerville will support the capital campaign.

In 2017, GHS bought 2.7 acres of land at 190 Hanlon Creek Blvd. and has developed and confirmed building plans in partnership with the local JDM Architect and Project Manager Avison Young.

For 50 years, GHS has resided at 500 Wellington St. W., near the City’s wastewater treatment plant. From a small, overcrowded location GHS provides care to thousands of vulnerable animals each year, including domestic, wild and farm animals. The new facility will improve the health and well-being of animals during their stay at GHS with updated, larger and more comfortable animal spaces. There will also be a large space dedicated to community outreach.