Ryan Martin hopes his own story will inspire others to achieve goals while facing mental health challenges
0
Mar 12, 2018 2:13 PM By: Tony Saxon 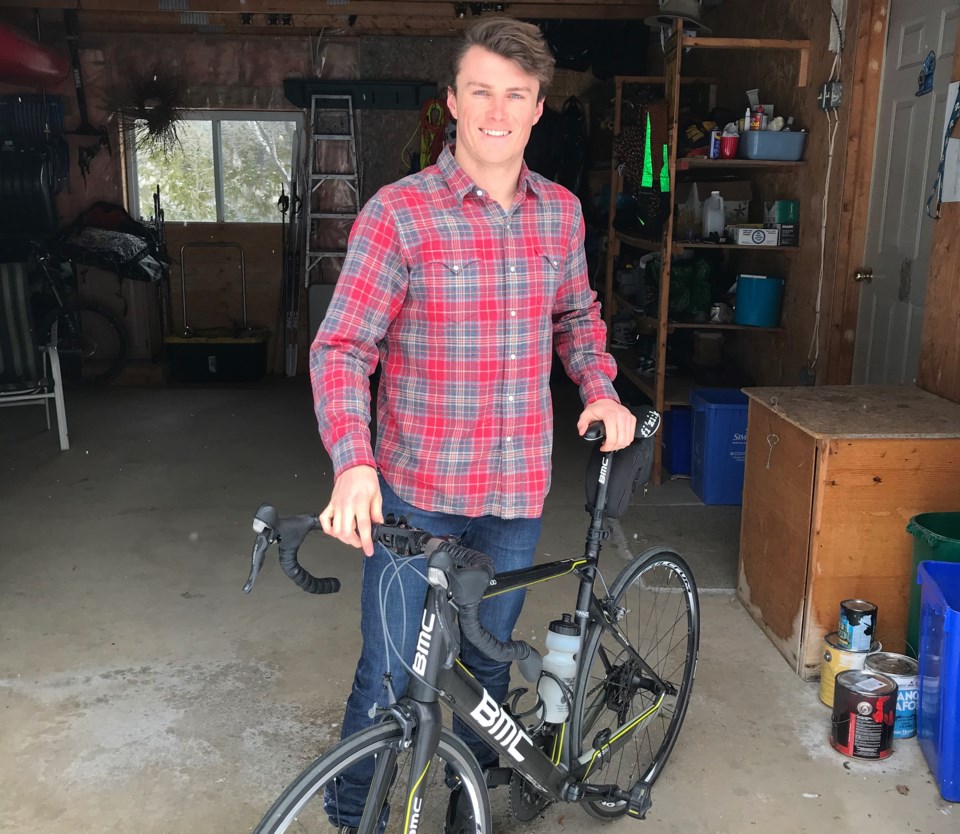 Guelph's Ryan Martin will be cycling across Canada this summer to raise awareness and funds for mental health. Supplied photo

It took a long time for Ryan Martin to be able to talk about his mental health issues. Now it’s the first thing you see on his web site.

“MY NAME IS RYAN MARTIN. I HAVE ANXIETY, DEPRESSION, AND BIPOLAR DISORDER,” it says at www.mindcycle.ca.

In May the 23-year-old Centennial High School and Wilfrid Laurier University student will fly to British Columbia where he will dip his bicycle in the Pacific Ocean before embarking on a three month, 8,000 kilometre ride across Canada to raise awareness and inspire others.

He is also collecting donations for the Canadian Mental Health Association through his web site.

“It took a long time for me to figure out what was going on in my head... And it took me a couple of years to really open up about it,” Martin says.

“Now I’d be happy to tell a stranger about what I’ve been through. It’s been quite a process, but I’m definitely in a better place with it.”

No judgment. Just understanding and being compassionate about what you’re going through, he says.

Martin, who will be doing the ride alone, has been road cycling for five or six years. He got the idea for the cross-country ride, which will finish in St. John’s, Nfld., after completing a a 140-kilometre ride last summer in Collingwood.

“It was really something for me to see that I could achieve something like that while going through all the mental ups and downs,” Martin says.

“For me this is the next big thing that I could take on, not only to prove something to myself, but also inspire other people to do something like this and help them understand that you can be achieving your goals while going through a lot of mental ups and downs.

He is collecting donations for his ride to raise money for the Canadian Mental Health Association.

But just as important is the message he hopes it will send to others going through mental health issues.

He says the name of his ride, MindCycle, is the perfect way to describe what he is doing.

“It represents the mental struggles I and others experience and what we can in a physical way to stay motivated and persevere,” he says.

He has been doing a lot of research about the upcoming ride and talked to some people who have done it.

He knows the mental challenge will be as big, if not bigger, than the physical one.

“It can get pretty lonely when you’re crossing the Prairies,” he says, “cycling 100 to 150 kilometres a day in a straight line.

“The biggest thing is figuring out my route,” he says. “But I’m excited.”

For more information and to donate go to www.mindcycle.ca.