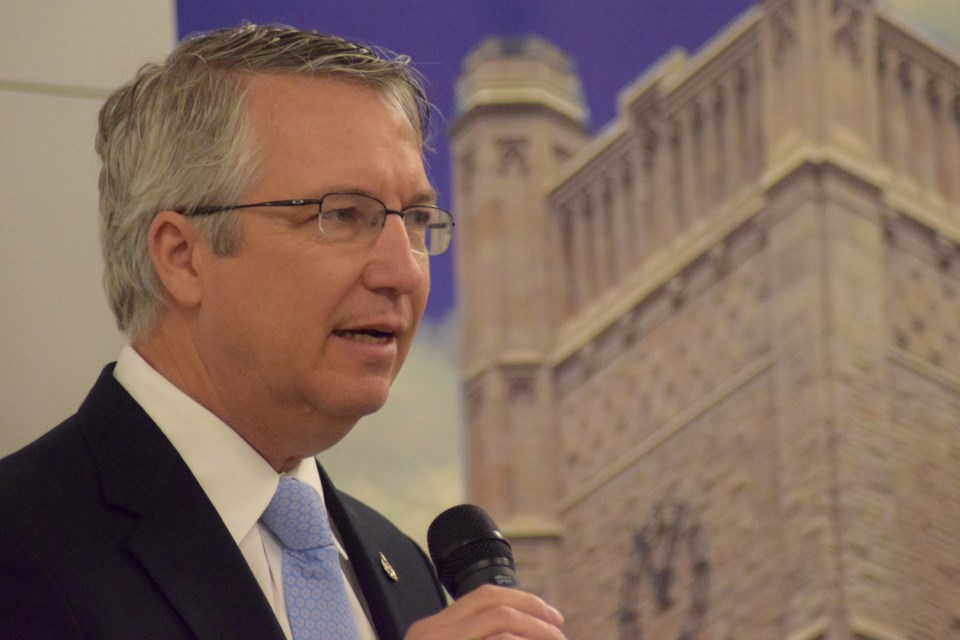 Guelph MP Lloyd Longfield is “absolutely” convinced that the judicial process in the SNC-Lavalin affair was not compromised by any political interference.

“When governments fall apart in other countries it’s when the political people are able to influence the courts and you just don’t want that to be happening in Canada,” Longfield said Monday in an interview with GuelphToday.

He said the judicial process wasn’t compromised and the neither is the process looking into it.

“(The federal government) had no intention to break the law or get around the law,” he said.

As Justice Committee hearings into the matter proceed over the past week in Ottawa, Longfield just returned from a family holiday and spent his first day back at work returning calls to about 20 concerned local citizens.

“I think that the process is being handled properly,” Longfield said.

He said MPs from across the country are “being heard” and will be again when parliament resumes in a couple of weeks.

Longfield likened the SNC-Lavalin affair to when he reached out to Linamar following the announcement General Motors was closing its Oshawa plant.

“Linamar has 9,000 employees and if Linamar was under challenge, and the most recent one was the shutting down of the Oshawa facility, I was on the phone the next day asking ‘what’s the impact and what can we do to support you?’

“This is something similar. You’ve got a large company (SNC-Lavalin) with a lot of employees across Canada and ‘what’s the impact?’ is something that we have to be concerned with.”

Longfield was asked if what the federal government did was beyond advocating for constituents and became political interference.

“That’s the line that’s under discussion,” he replied.

“The ethics commissioner is involved as a third party, the Justice Committee is involved in having those discussions and the Prime Minister is also looking at what other ways can we look at the defining something that’s a new law in Canada. What’s appropriate?”

“The word ‘avoid’ is what gets people nervous. People need to know there is a law in place, that you don’t avoid a law, but that you have to meet the conditions of what the court tells you.

“People are rightly concerned about that because everybody should be equal under the law, including businesses.”

Longfield said he has worked closely with both MPs Jodi Wilson-Rayboult and Jane Philpott and calls them both “really strong people” who didn’t take their decisions to step down lightly.

“I would miss them at any table,” he said. “I’ve got nothing but respect for both of them.”

Has the SNC-Lavalin affair hurt the federal Liberal party, just months away from an election?

Missing Guelph man found safe
Aug 13, 2020 5:53 PM
Comments
We welcome your feedback and encourage you to share your thoughts. We ask that you be respectful of others and their points of view, refrain from personal attacks and stay on topic. To learn about our commenting policies and how we moderate, please read our Community Guidelines.