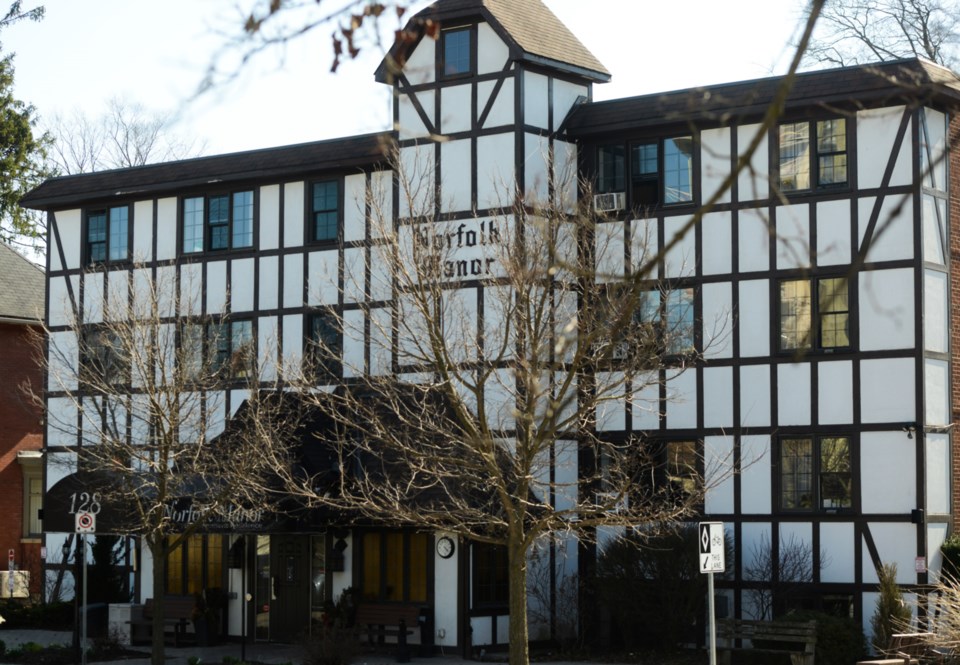 Norfolk Manor is one of several area institutions dealing with outbreaks. Tony Saxon/GuelphToday

They are among the 91 cases confirmed for staff and residents/patients at eight different hospitals and long term care institutions in the Wellington-Dufferin-Guelph Public Health coverage area.

The biggest outbreak is Guelph General Hospital, where 25 staff members and six patients have tested positive so far.

The outbreak at Norfolk Manor started roughly two weeks ago, said David Ing, director of the private retirement home near Downtown Guelph that was started by his parents 40 years ago.

“We’re in outbreak and we’re doing everything we can” to contain it, said Ing.

“We’ve been cleaning non-stop for weeks. We’re doing everything we can. What changes is we isolate folks who are sicker,” he said.

“We’re doubling up our resolve and are now just focused on getting everybody well.”

Three of the residents who tested positive have since been moved to Guelph General Hospital, Ing said.

There are currently 44 residents at the home.

No visitors have been allowed for several weeks and families of all residents have been made aware of the situation.

Ing said everyone is trying to keep morale up, something that has been aided by support from the community, including school children that dropped off protective face shields made on a 3D printer.

Ing said it’s important to note that staff take this personally because they are so close to the residents.

“Public Health, Guelph General and the LHIN have been very supportive. We’re well-stocked with PPE at the moment,” he said.

Public Health tested all residents and staff at the home.

The situation at Norfolk Manor is not isolated, with Public Health confirming outbreaks at eight different institutions among residents or patients and/or staff.

Groves Hospital gets on-site helipad
Dec 2, 2020 1:12 PM
Comments
We welcome your feedback and encourage you to share your thoughts. We ask that you be respectful of others and their points of view, refrain from personal attacks and stay on topic. To learn about our commenting policies and how we moderate, please read our Community Guidelines.