Karla Andrews has been honoured by Parkinson Canada for her support and work in helping treat people with Parkinson's Disease
May 1, 2019 7:00 PM By: Anam Khan 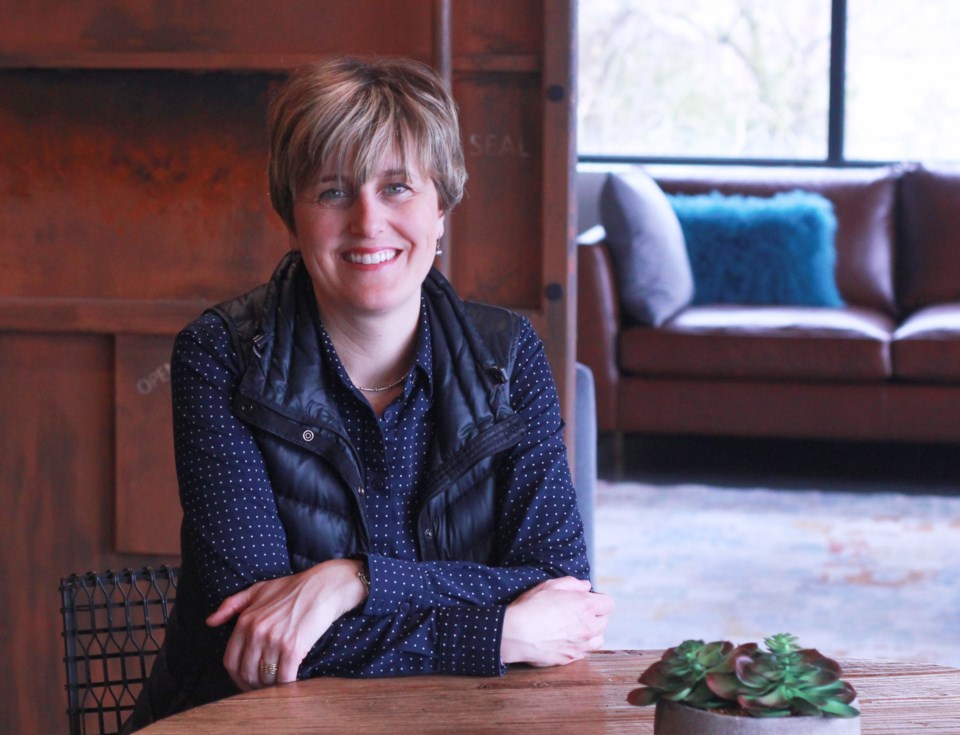 A Guelph physiotherapist has been advocating the use of physiotherapy to tackle Parkinson’s disease and has been recognized by Parkinson Canada  for her contribution in the field.

Karla Andrews operates Andrews In-Home Physiotherapy, her own service where she visits her patients in their homes, health care facilities and recreational centres to treat them at their comfort, a unique effort that integrates innovative technology in the field.

By working with several people in the community with Parkinson’s, offering volunteer workshops, participating in and providing sponsorship for Parkinson’s fundraisers, Andrews has been advocating for greater awareness of the complicated disease.

Humbled and thankful for the recognition, Andrews says she's grateful the Guelph Wellington Parkinson’s Support Group sees her as a partner and just wants to improve the health and quality of life for anyone suffering from Parkinson’s or caring for someone that is.

It is estimated that approximately 40,000 Ontarians suffer from Parkinson’s, an incurable complex neurological disorder that has the ability to affect every organ and system in the body.

According to Parkinson Canada, over 25 people are diagnosed with the disease every day. That number of people diagnosed is expected to double between 2011 to 2031 to over 163,700 people nationwide.

Because physiotherapy is not commonly thought of as the primary treatment plan for individuals suffering from Parkinson’s, Andrews hopes to raise awareness of the benefits of physiotherapy that can be used hand in hand with medicine to facilitate the wellness of patients.

She says a lot of the time, families of patients and those suffering from the disease feel lost in terms of what they should be doing or what services might be appropriate for them. In those cases, she's able to assess them and navigate them towards treatment that's better suited for them such as directing them towards a speech therapist if they are struggling with their speech.

After working closely with the Guelph Wellington Parkinson’s Support Group, Andrews began to focus her physiotherapy practice as a way to help people with Parkinson’s disease four years ago after spending twenty years in her field.

“Parkinson's is kind of making up a larger and larger percentage of my practice because there is so much that can be done in terms of physiotherapy,” says Andrews.

Andrews says because of a lack of awareness of mitigating the disease, Parkinson’s disease patients are not often suggested to get on an exercise program or activity program and she feels its important to educate healthcare professionals that don't have a lot of experience with complex disorders because tackling Parkinson’s diseases requires a team effort.

“It is a progressive disease and there will be more and more issues with a variety of things and not just with things like mobility. The disease can also affect multiple organs You can have issues with mental health. A lot suffer from anxiety or depression so it really needs to be a team approach,” says Andrews.

“Typically the treatment is, ‘here is a medication’. And that's an important piece of it and it's a critical piece but there haven’t been any really new developments around medications for Parkinson's. This medication came out in the 60’s and that's the one that's still being used.”

Andrews says medication is currently the primary treatment for Parkinson’s. Surgery is another treatment option for some people. However, it is not suitable for all as it comes with significant medical risks is a costly intervention for the health system.

In comparison to other neurological conditions, people suffering from Parkinson’s disease in Canada have the highest rate of prescription drug use.

The national annual healthcare cost needed to treat Parkinson’s is $120 million the third highest right after Epilepsy, Alzheimer’s and other Dementias according to Parkinson Canada.

“There’s so much benefit that research is showing now that can come from much simpler therapies like a properly prescribed exercise program to help them feel and move better everyday and in some cases even slow down the progression of the disease” says Andrews.

She says exercising can trigger the body to try and produce its own dopamine, an essential chemical in the human body responsible for physical movement among other things. When dopamine cells in the body die, symptoms of Parkinson's such as tremor, stiffness, slowness, impaired balance among many others may appear.

Andrews says in order to get better as a system to treat Parkinson’s, early intervention and early treatment is key.

By raising awareness of treatment methods and advocating as part of the Parkinson Society Southwestern Ontario Advocacy committee, Andrews hopes to draw public and political attention towards the disease.

“Advocating for members of this community to receive timely and appropriate care interventions allows them and their families to have a better quality of life,” says Andrews.