Guelph Police Service has a new Chief of Police 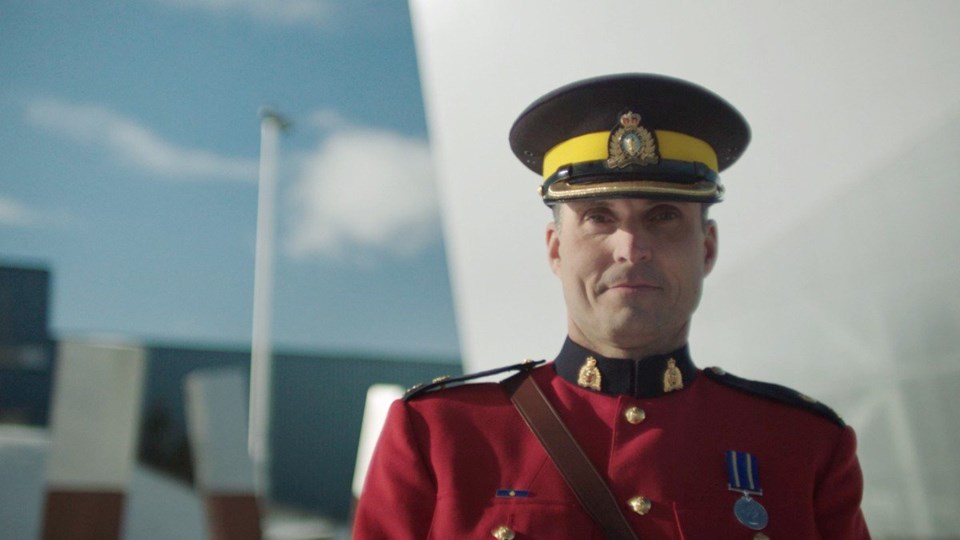 RCMP inspector Gordon Cobey seen in this screenshot from a Bell Let's Talk video. Cobey is the new police chief for the Guelph Police.

Guelph Police Service has got its man.

Gordon Cobey, an inspector with the RCMP, was officially announced as the city's new Chief of Police Friday morning by the Guelph Police Services Board.

He takes over March 1, replacing Jeff DeRuyter, who is retiring after 35 years on the job.

Most recently, Cobey was inspector and officer in charge of the RCMP Toronto West Detachment and the Toronto West Serious and Organized Crime Unit.

Cobey is a long time resident of Guelph where he lives with his wife and three children.

Over the course of his career he has held a number of progressively responsible positions within the RCMP, including  leadership roles in national and international investigations targeting criminal organizations, working in partnership with many government and law enforcement agencies, says a Guelph Police press release.

Cobey has been heavily involved in mental health issues, both within the RCMP and through participation in the Bell Let’s Talk Campaign.

Cobey was recently appointed as a Member of the Canadian Order of Merit of the Police Forces, a “fellowship of honour based on the highest qualities of citizenship, service to Canada, to the police community and to humanity at large”, by Governor-General Julie Payette.

Guelph Police Services Board chair Don Drone said: “The profile of Mr. Cobey and the Board’s strategic plan are in alignment. We look forward to his tenure as our new Chief of Police.”