All agents participating through the Royal LePage Shelter Foundation cover their own travel costs to give every penny raised to local shelters
Nov 12, 2019 1:46 PM By: Anam Khan 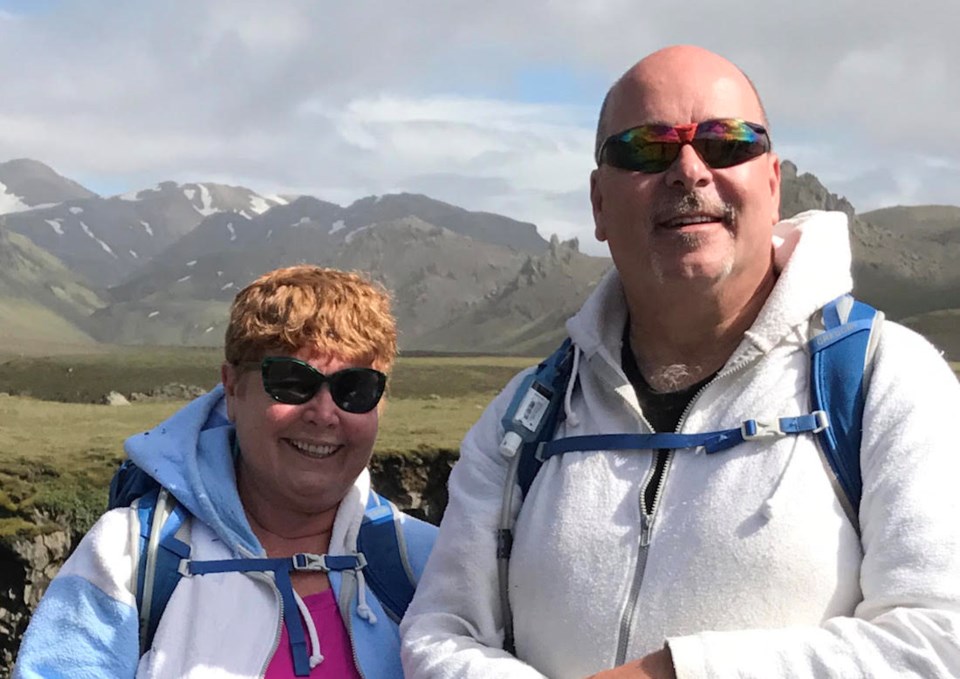 Four Guelphites will be trekking 100 km across the Sahara Desert in Morocco this month to raise money for the Guelph-Wellington Women in Crisis.

The venture organized in support of the Royal LePage Shelter Foundation will see local real estate agent David Halls along with his wife Robin-Lee Norris, real estate agent Ariana Chhina and John Van Buskirk trek for five days straight, seven hours a day across the sand in the hot and dry desert climate.

“Truly it’s about supporting our local shelters. All of us who are participating, we cover 100 per cent of our own costs, our own flights, our own hotels. Every penny that we raise feeds through the Royal LePage Shelter Foundation and then ends up coming back to shelters,” says Halls.

Halls indicates that as a real estate professional, his job is to help clients find the perfect safe place to call home.

According to Statistics Canada, there were 552 residential facilities for victims of abuse across Canada that have seen 68,000 admissions in 2017 — 60.3 per cent of them being women and 39.6 per cent being their accompanying children.

On the snapshot day of April 18, 2018, 3,565 women, 3,137 accompanying children and eight men were staying in residential facilities due to some form of abuse. Over 80 per cent of women on that snapshot day reported abuse as their primary reason for seeking shelter.

The trek this month will include 120 agents and hikers across Canada representing The Royal LePage Foundation where they will be divided into four groups between 29 to 30, reside in large group tents, use camp-stye bathroom facilities and live without electricity, cell phone service and the other comforts of a modern-day home.

To participate, members must raise 5,000 each and cover their own travel costs. Each agent raises funds in any way they can.

“Royal LePage corporately pays all of the overhead expenses, all the staff salary so that every penny raised goes out directly towards a shelter or to education programs against violence,” says Halls adding that each city supports their local shelter.

The trek to the Sahara desert will be Halls’ third trip with the foundation. In 2017, he travelled over 100 km across some of Iceland’s most actively volcanic areas and in 2015, he travelled to the ancient Inca capital of Cusco and visited Ina ruins and Spanish colonial churches where he hiked through remote areas that have been the same for centuries.

“I think part of the experience is that you’re putting yourself in such an uncomfortable position. Most of us are blessed to never have to leave our house and go into a shelter,” says Halls.

“You’re putting yourself in a position that’s uncomfortable for a little period of time just to try and remember there are ladies out there and kids out there who have to do this regularly.”

To date, the Royal LePage Shelter Foundation has raised over $30 million in support of Canadian women’s shelters and violence prevention programs.

Halls says he continues to see a passion from everyone involved in the project to support the charity.

“We have a thing through Royal LePage called the commission where every single deal we do, we have a slice of our commission that goes towards this charity. So collectively again across the country its millions of dollars raised. It’s phenomenal,” says Halls.

So far, Halls’ campaign raised helped raise $12,141 which is 1 percent over their goal before he officially kicks off toward the middle of the desert on Nov. 20.

Executive director Sly Castaldi says the Royal LePage Shelter Foundation has been extremely supportive throughout the years and are huge community champions for which the Guelph-Wellington Women in Crisis is extremely grateful.

“Their impact has been immeasurable to us,” says Castaldi

“Any funds they raise go toward our overall operation which we depend on in terms of overall fundraising goals and managing the organization,” she said adding that the impact is both national and local.