Storm will look to snap a three-game losing streak Monday afternoon at home against the Erie Otters
0
Feb 13, 2016 10:40 PM By: GuelphToday Staff 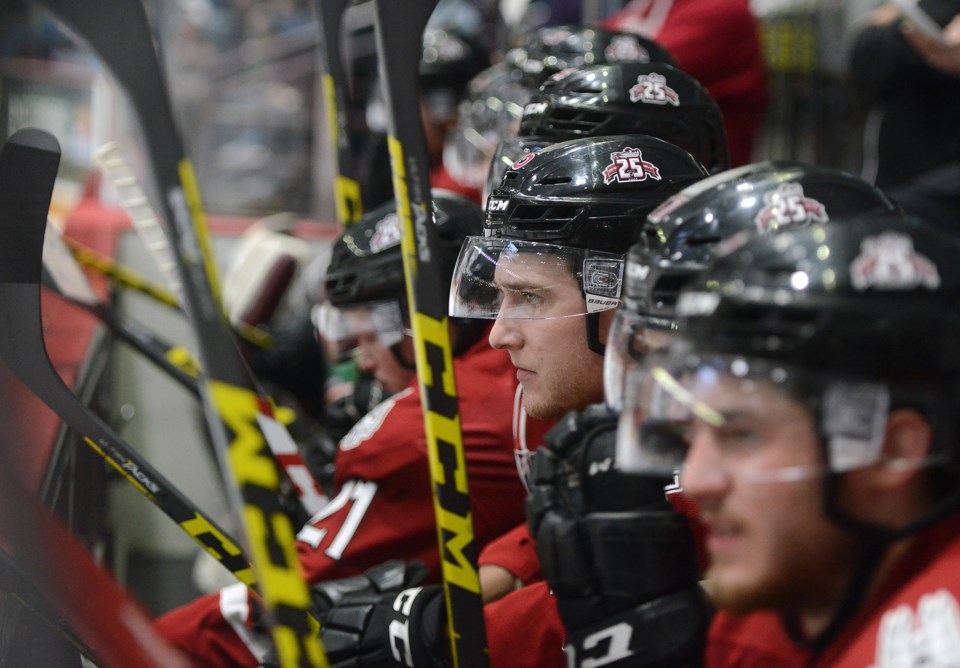 The Guelph Storm dropped its third straight game Saturday night, falling 5-1 on the road to the Barrie Colts.

Andrew Mangiapane led the way for the Colts with the hat trick. Guelph native Giordano Finoro and Julius Nettinen also scored for Barrie.

Matt Hotchkiss replied for the Storm, assisted by Givani Smith and Garrett McFadden.

The Colts led 1-0 after one period and 3-0 after two before Hotchkiss got the Storm on the board early in the third period.

But Nittinen and Mangiapane scored shorthanded goals 26 seconds apart on the same penalty to make it a 5-3 game.

Bradley Van Schubert started in net for the Storm and made 30 saves. Van Schubert is still looking for his first win of the season.

Guelph will host the Erie Otters at 2 p.m. on Monday.