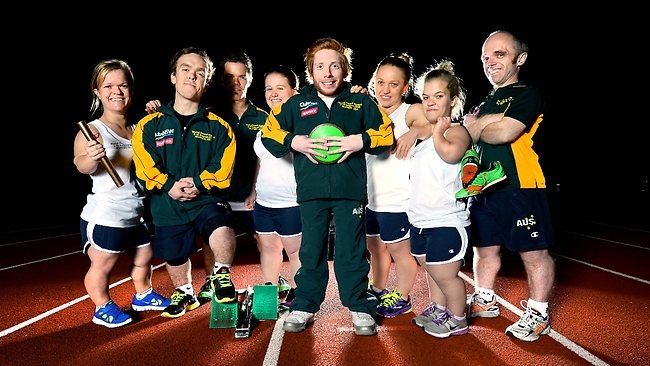 The Australian team has started a kickstarter campaign to get to the 2017 World Dwarf Games.

Guelph will play host to the 2017 World Dwarf Games next summer.

Roughly 400 athletes from around the world are expected to attend the event, held every four years and exclusively for athletes with dwarfism.

It takes place Aug. 5 to 13, all on the University of Guelph campus, which is also where the athletes will be staying.

Heather Anderson, a special ed teacher from just north of Erin, is the driving force behind the event.

"All the athletes take it seriously, but really the main thing is that it's just an opportunity to play and not think about size or having short limbs," said Anderson, whose son John, a second year student at McMaster University, is a dwarf athlete.

Anderson said there are over 400 types of dwarfism. Participation in a sanctioned dwarf athletic events is limited to people four feet 10 inches or under.

"The athletes just really appreciate the opportunity to participate on a level playing field," Anderson said.

"Dwarfism isn't that common. For the type my son has it was a one in 26,000 chance that the genetic mutation takes place. For other kinds of dwarfism it's higher than that. So there aren't that many athletes with it," she said.

"Being able to be around so many other athletes and compete together is really special."

There is no age limit for the game, although participants are broken up into age groups.

Skill levels range from beginner to current and future Paralympians.

Some of the sports are included so that athletes with mobility issues can participate, Anderson said.

Sherry Doiron Manager of Sport Tourism at the Regional Sports Tourism Office that is assisting the organizers, said it's a great opportunity for these athletes to "shine for who they are and what they are able to do.

"It's a great chance to be involved," Doiron said.

She said there is also substantial economic impact to the community in having several hundred athletes, their families and officials in the city for 10 days.

This will be the seventh World Dwarf Games. The last one was held in 2013 in Michigan, where 400 athletes from 17 countries took place.

Anderson, who is in the process of raising the $150,000 needed to put on the games, said participants will also take part in events to promote and celebrate understanding and awareness of the dwarf experience.

"There's a huge awareness component. This is a great opportunity, to be able to do something like this in Guelph," she said.

The event was supposed to be held in the Netherlands but they backed out and the International Dwarf Athletics Association asked the Canadian bid that lost out to take over the games.

Countries confirmed so far include the United States, Bulgaria, Ireland, Australia and Great Britain, all of which have athletic associations for people of short stature. Anderson is also in contact with individual athletes from many other countries that would like to come.

More information can be found at worlddwarfgames2017.org and on their Facebook page.