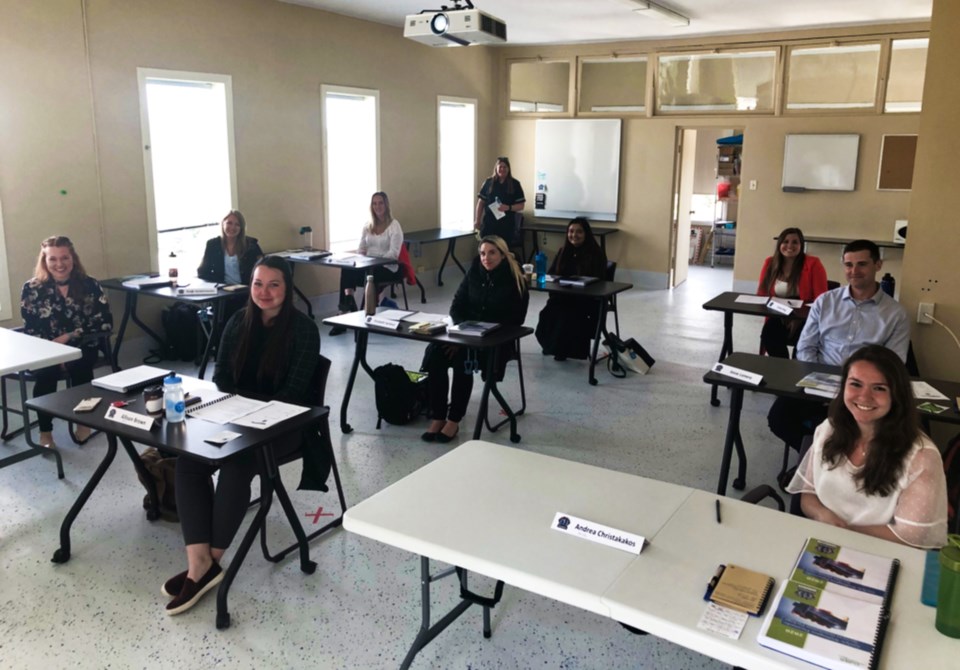 The Guelph-Wellington Paramedic Service has added 19 new paramedics to its fold.

The new hirings – 16 women and three men – were at the Clair Road Emergency Services Centre going through orientation this week.

Although already hired, they officially hit the road June 16 after orientation and graduation from their respective programs, although one of the 19 is transferring to Guelph from the East Coast, said GWPS commander of training Paul Boshart.

“The hiring process starts in November and takes about six months to complete,” said Boshart.

“What’s different this year is trying to do it all during the pandemic.”

The process starts with a written application, with around 700 people initially applying online, he said. From that group, 600 will qualify for a written test, then 130 of those move on to the interview phase, which would see eight different interviewees each spend five minutes with each candidate.

From there, 72 move on to the practical scenario testing, where they perform four different mock scenarios under the watchful eye of evaluators.

From there, the best are offered jobs.

The number of applicants has remained pretty steady over the years, Boshart said, as has the group being hired, although a couple of years ago 24 new paramedics were hired.

All new paramedics brought on board GWPS are part-time. They are required to work a minimum of seven shifts per month.

Some don’t want full-time status (they may be firefighters or have another job elsewhere) and some might be hired on by another paramedic service.


This has been shared 0 times