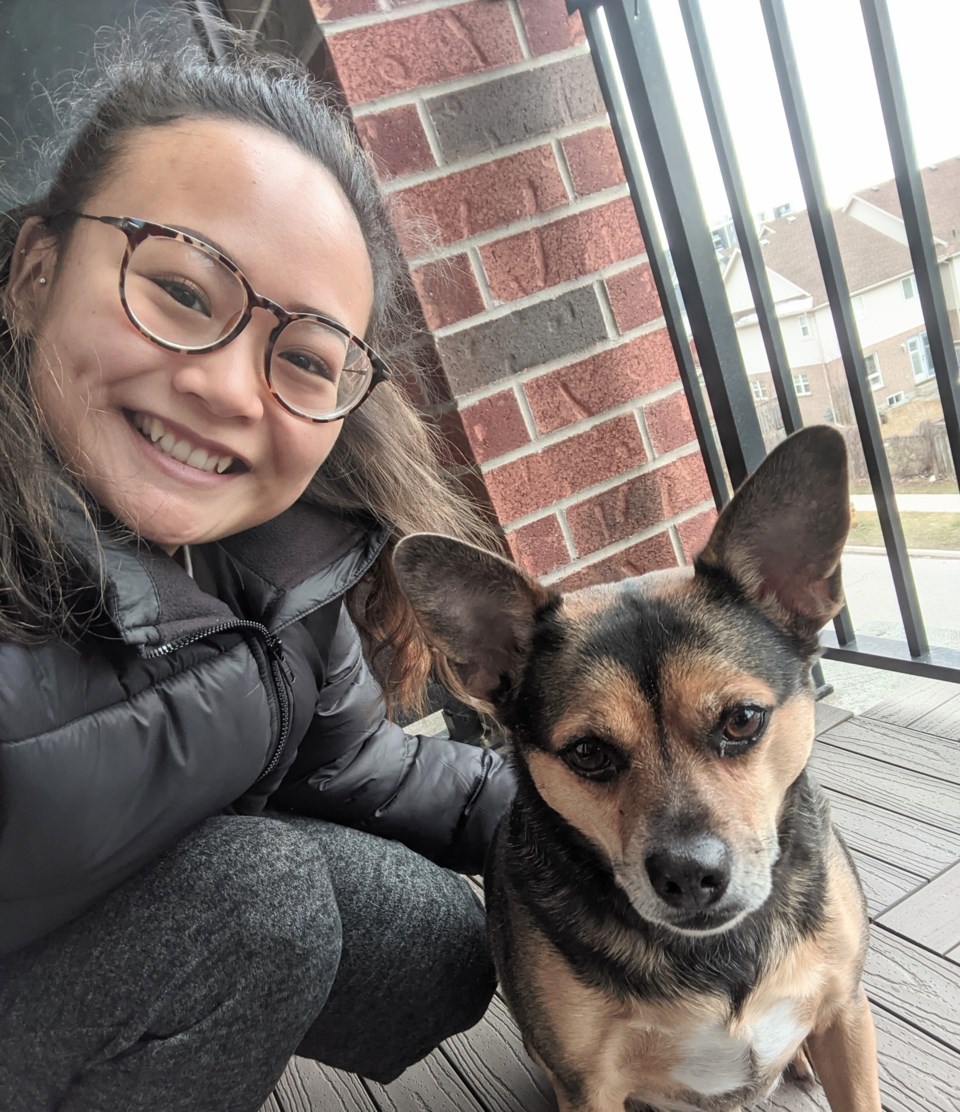 Aaliyah S. filed an official complaint to the Guelph Police Service after an alleged racist attack she experienced on Sunday. Submitted photo

Aaliyah S, a 25-year-old woman born and raised in Guelph, never imagined she would be a victim of racist attack in 2021.

“I thought that’s something that happened in the US. It would never happen to me, but then it happened,” said Aaliyah, a microbiologist who is of Filipino origin who asked that her last name not be used for safety purposes.

Aaliyah said while walking her dog in the south end of Guelph near her apartment building on Sunday, a man went out of his way and aggressively approached her.

“The first thing he said to me was 'This is the GTA yeah? Nobody wants you here. Go back home to your country',” said Aaliyah adding that he then proceeded to swear at her, uttered racial slurs like “chink” and said she was the cause of the coronavirus and that Canada is for Canadians only, not Asians.

“As soon as that man walked away from me, I started crying.”

Aaliyah said racist attacks on the Asian community are especially upsetting and in a time when people are unable to physically get together to support one another.

She said she realized that there needs to be support for those vulnerable to racist attacks because when the incident occurred, she froze and didn’t know what to do after experiencing an emotion she never felt before, where she was made to feel inferior.

“I want people to know what to do in this situation,” said Aaliyah. “This isn’t something that just happens in the US that you see in the news in the Trump world. It’s here and we all need to stand up for each other and look out for each other.”

On Sunday, Aaliyah filed an official complaint with the Guelph Police Service. She described him as a lanky short Middle Eastern man with a thick French accent.

Police confirm they are investigating the incident.

“What was crazy too is that in his hate speech he was like ‘I’m a Muslim terrorist. You’re worse than I am,’” said Aaliyah.

“I sensed so much hate and disgust from this guy. He was just angry.”

Aaliyah said when she posted the incident to her Instagram, many people told her not to bother filing an official complaint with the police because it would be difficult to find the attacker.

“It's just like 'no, it’s not okay to act like this never happened,” said Aaliyah, adding that it is important to raise awareness that these incidents are taking place in the world right now.

Aaliyah said she’s extremely worried for her grandparents who are in their 70s, face a language barrier and are particularly vulnerable to the virus because of their age.

“I’m terrified,” said Aaliyah. “It can happen anywhere. It can happen right near your home when you're going out walking your dog.

“A lot of older people think just to brush it off and ignore it,” said Aaliyah.

For those who never experienced a racist attack, Aaliyah describes the feeling as someone attempting to make her feel inferior and ashamed of her race.

“Like I should feel bad for being Asian,” said Aaliyah.

Aaliyah said what really helped her at the time was a woman who witnessed the attack and approached her to comfort her.

“She asked me if I was okay and she stood right by me and stayed with me till that man was out of earshot and was very far away from me,” said Aaliyah.

“She told me ‘It’s never about you. It’s about them and the hate and the ignorance that they have.’ Shout out to that lady."

She said if one witnesses a racist incident, comforting the victim really helps them.

“I wish there was more empathy and understanding. You can’t stop racism because it's going to happen. This isn’t the first time it’s going to happen and it’s not going to be the last,” said Aaliyah.