GoFundMe set up to replace bike belonging to Melissa Otter, who spent part of winter knitting free scarves for the community
Mar 14, 2017 8:00 AM By: Tony Saxon 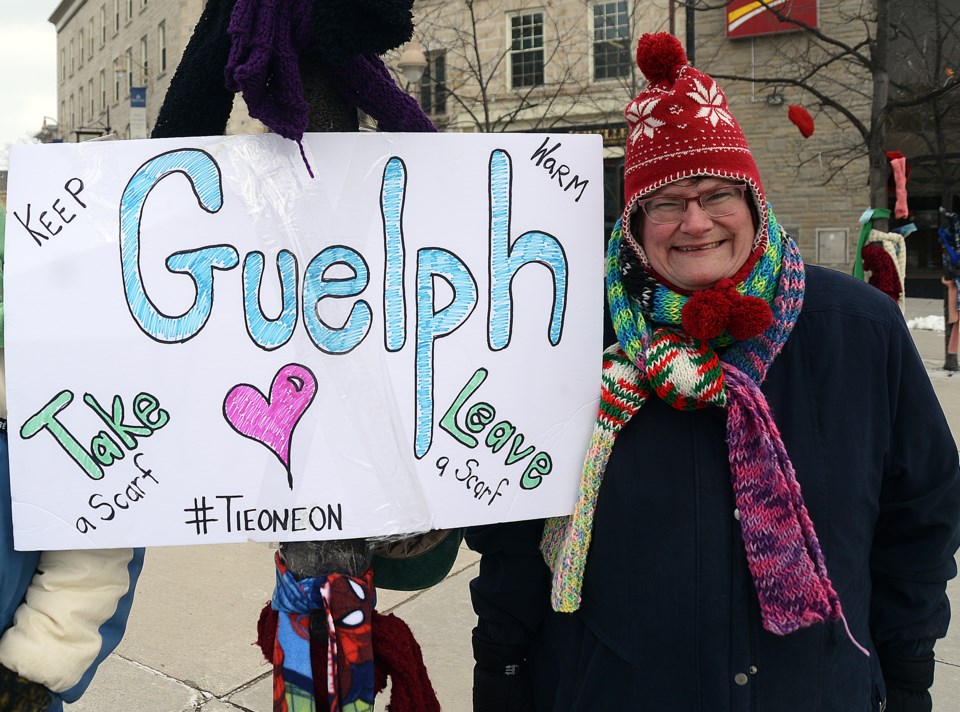 Melissa Otter spent part of the winter knitting scarves to be given out for free as part of the Tie One On initiative. Tony Saxon/GuelphToday

**(in the four hours since this story was first posted on GuelphToday.com, the GoFundMe page had raised $625, $25 more than the original goal. Any additional money raised will be donated to Sick Kids Hospital)

Otter, who has intellectual and physical limitations, spent a part of the winter knitting scarves that were given away as part of the Tie One On initiative that distributes scarves and gloves to people for free each February.

Sian Matwey, who works with Otter as part of her community involvement was going to return the kindness by presenting Otter with an adult tricycle this spring, something Otter, who has no family and limited income, had always wanted and never had.

"This was going to be her first one ever and she was really looking forward to being able to get out in the community and ride with her friends," said Matwey, who describes Otter as a woman "with a heart of gold."

Matwey had a donated tricycle stored in her backyard in the city's north end but it was stolen overnight a few days ago.

"I went to bed and got up in the morning and it was gone," Matwey said.

"It was hidden back there too. Someone must have seen me putting it back there, because it would take two people to move it."

Matwey has now started a GoFundMe page to raise $600 to buy Otter a brand new tricycle.

Gino Vettor at George Vettor Cycle and Sport on said he would provide the bicycle at cost and assemble it for free. It will be given to Otter once the weather is warm enough.

"I didn't have the heart to tell her the bicycle was stolen, but I eventually did and told her we were going to raise money to buy her a new one," Matwey said. "One of the first things she said was that any extra money would go to ."

The GoFundMe page can be found at www.gofundme.com/melissas-stolen-bike-fund.