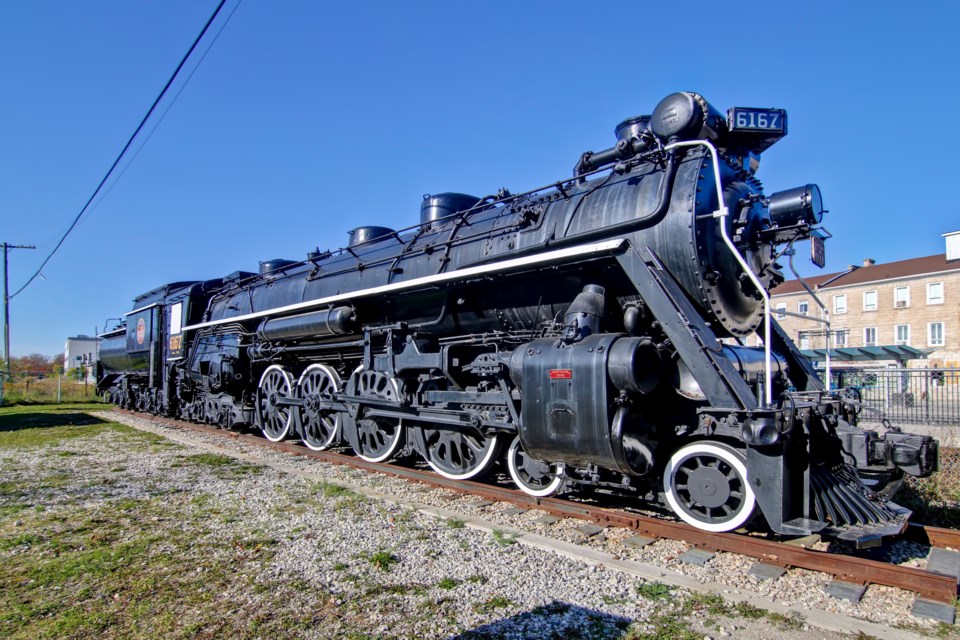 A local train enthusiast said it would cost much less than $650,000 to move the historic locomotive 6167 from its current home to one down by the River Run Centre.

"There's a lot cheaper ways to do it," said Eric Repaci, a board member of the Guelph Historical Railway Association but not speaking on their behalf.

"If city council is smart, tell them to take that back to the drawing board. They still have time. Start searching around. They'll find better answers."

A city staff report heading to council's Committee of the Whole meeting Sept. 3 says that it would cost $650,000 to relocate the train to John Galt Park beside the River Run Centre.

Of greater concern are the cheaper options included in a staff report heading to council's Sept. 3 meeting of the Committee of the Whole: cutting off historical elements of the train and scrapping the rest, or donating it to another museum.

"It's going to be a really big loss and you're going to have a big black eye across the country. It's already spreading on social media," Repaci said.

He said locomotive 6167 has a lot of history behind it.

"It ran all the excursion runs through the 1960s and 1970s. It's got a lot of history with the war, carrying troops to the waterfront, it carried a lot of immigrants across the country true, brining them in from Halifax."

The historic steam engine, currently on display on Farquhar Street just south of the railroad tracks in Downtown Guelph, is situated on property owned by Metrolinx and they have notified the city that the lease expires on that property at the end of 2020.

Repaci said the society knew the day was coming it would have to be moved, they just weren't sure when that day would come.

He said it would have made more sense to relocate it to beside the River Run the first time it was moved across the tracks to make way for the new Central Bus Station, a move that cost $350,000.

Repaci said $100,000 of both moves is for a concrete pad to rest the train on, something that is not needed.

"Why didn't they move it down there the first time?" Repaci said. "They don't listen to outside organizations. They were told they were putting it in the wrong location."

The cost to move the train, including the crane and trucks, protection of the train during the move, road closure and lanscaping is placed at $650,00 in the staff report.

Relocating historic Guelph locomotive would cost the city $650,000
Aug 24, 2019 9:00 AM
Comments
We welcome your feedback and encourage you to share your thoughts. We ask that you be respectful of others and their points of view, refrain from personal attacks and stay on topic. To learn about our commenting policies and how we moderate, please read our Community Guidelines.