Charitable organization to build its first multi-unit building on Cityview Drive starting this spring
Mar 24, 2017 9:00 AM By: Tony Saxon 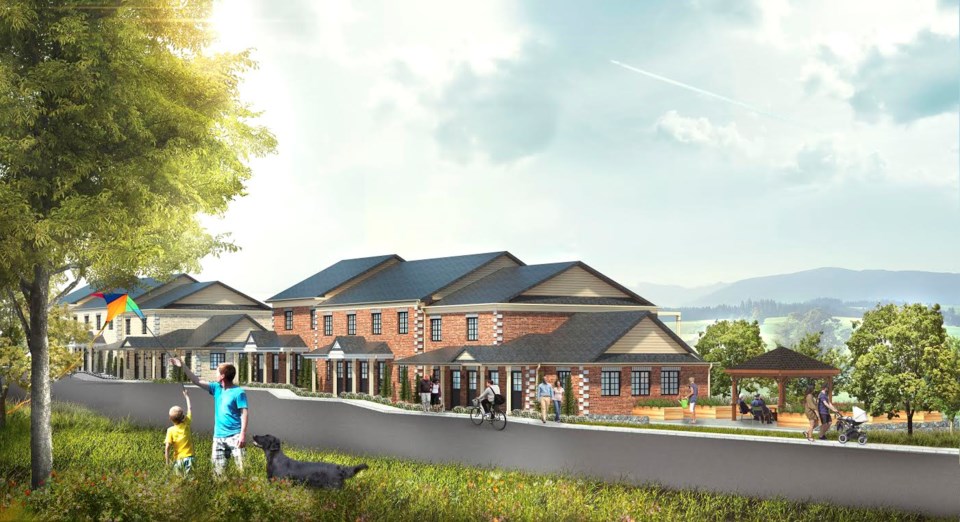 Artists rendition of the new stacked townhouse community being built by Habitat for Humanity in Guelph.

Habitat for Humanity is looking to get more bang for its buck with future projects.

Increased housing and land prices in the area have led to the charitable organization reevaluating what kind of homes it builds. Building detached and semi-detached homes just doesn't make as much economic sense as it used to.

To that end, Habitat for Humanity's next project in will be 30-unit stacked townhome development on a 2.5-acre footprint at , the first of its kind after building 24 detached and semi-detached houses in .

Starting this spring and continuing in stages over the next three years, Habitat's will see construction of three buildings, each three stories high, each containing condominium units.

The units will be a variety of one, two and three bedroom units housing families, older adults, and individuals with disabilities.

"Our history has been single and semi-detached homes, but all of the Habitat affiliates across the country have an appetite to address the affordable housing gap and we're looking at innovative ways to do so," Howard said.

"We just find that with the scarcity of land, the cost of land and the cost of building materials, we just had to look at multiple-unit builds."

A similar project is planned for Orangeville, Howard said.

"Pretty much all of our future builds will be of this scale," Howard said.

"The need is just so great that for the amount of effort that goes into a build we have to make sure that we're serving a wider constituency."

As another sign of the times, Habitat for Humanity will be teaming up with other non-profits Community Living Guelph-Wellington and Creating Homes.

Habitat for Humanity is also involved in the mixed-residential uses planned for the former IMICO property if when appropriate funding is made available.