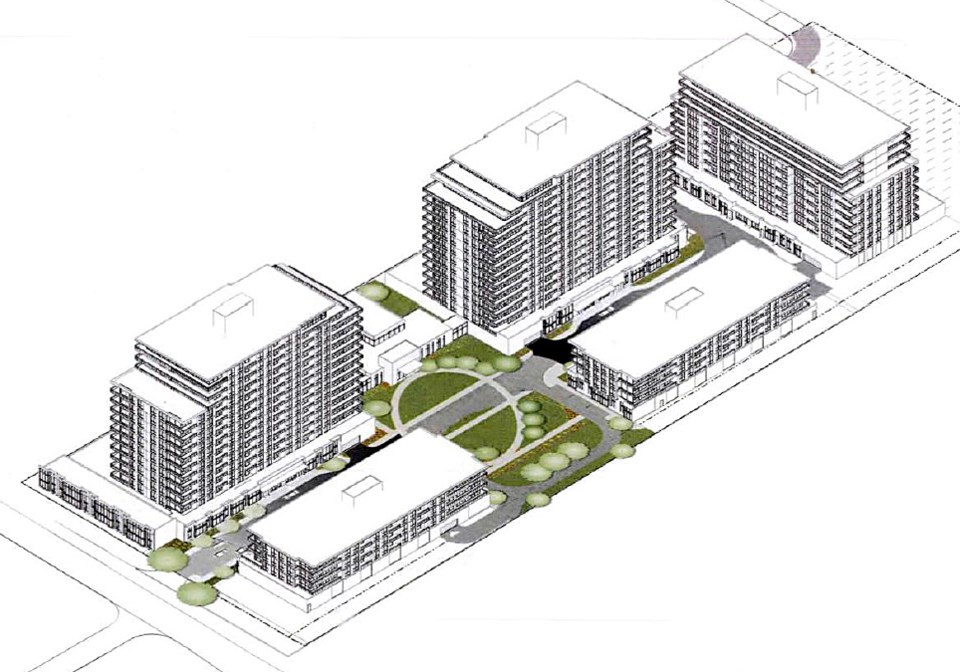 The units would be predominantly apartments along with 21 townhouses.

The 3.19 hectare site currently contains a house and an accessory building.

A statutory public meeting on the proposed official plan and zoning by-law amendment needed for the proposal takes place at City Council's planning meeting on April 10 starting at 6:30 p.m. The public has to register in advance to appear as a delegation on the matter.

The developer needs a zoning by-law amendment that would allow 14 storeys. Currently 10 is the maximum for that property.

The applicant also is seeking:

Access to the development would be off and . Parking would be provided by 700 underground parking spots.

Tricar, which owns the 18-storey condominium on , made the new application earlier this year.

No decisions will be made April 10.

Donate some warm clothes, get a free taco
Jan 28, 2020 8:00 PM
Comments
We welcome your feedback and encourage you to share your thoughts on this story. We ask that you be respectful of others and their points of view, refrain from personal attacks and stay on topic. To learn about our commenting policies and how we moderate, please read our Community Guidelines.

Book by February 29th and Receive 20% off all Tree Removal
Oriental and Area Rugs - Does your rug need a freshening up?