Intentional misuse of 911 also on the rise: Guelph Police

It's not just unintentional misuse of 911 that is increasing, shows a report from Guelph Police
Oct 14, 2020 7:00 AM By: Kenneth Armstrong 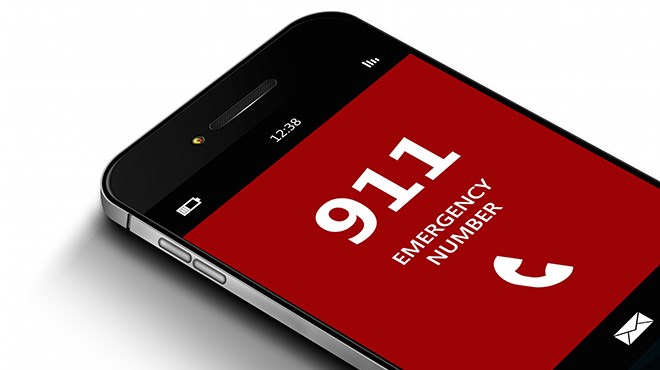 Earlier this year the Guelph Police Service reported 6,000 calls made to the local 911 emergency system in the first six months of 2020 were made in error. A new report has more specifics, like how more than 200 of those calls were intentional misuse of the system by adults.

In a report to the Guelph Police Services Board, the number of local 911 calls made by mistake has continued to rise so far in 2020, including the number of calls deemed to be intentional misuse of the emergency system.

Priority 9 calls are those that come through the 911 service but are deemed to be administrative in nature This includes calls for which Guelph Police will not respond to, including OPP, fire and EMS, as well as misdials.

During the September 2020 meeting, the board asked for a report breaking down the Priority 9 calls for service taken between January and June of 2020. A report of the findings will be presented on Thursday at the October meeting of the board.

According to the report, between January and June of this year the Guelph Police Service received 12,302 Priority 9 calls, a 5.8 per cent increase over the same period in 2019.

A total of 1,292 calls were classified as being made by a cell phone auto dial error, better known as a butt dial.

An additional 1,724 calls were categorized as hang ups with no call back number.

Of the 12,302 Priority 9 calls made in that time period, 5,464 were classified as filed, meaning they were calls to which the Guelph Police Service did not respond to, which may include calls like fire, EMS and OPP.

Guelph Police asks if a person dials 911 by mistake that they not immediately hang up and instead stay on the line and explain that the call was unintentional.

During the April meeting of the board, Chief Gord Cobey explained:

“If someone calls, what we want them to do is not to hang up because sometimes people call and realize it and they hang up,” said Cobey. “But if there is a hang up, then our dispatch centre will in fact check because they don’t know if it’s a hang up, a mistake or if it’s a true emergency.”

In some cases, uniformed officers will go to the physical address where the call was made to ensure the call was not a real emergency, said Cobey during the April meeting.

Guelph Police canvassed other police services in the province about how they deal with 911 hang ups and may end up incorporating some of those ideas in the future, including a public education campaign or using an automatic text response.

Overall call volume was 1.3 per cent greater in 2020 over the previous year. Due to COVID-19, there were fewer traffic related calls, break and enters and motor vehicle accidents.

ICC packing up its giant tent for the season, moving to indoor dining
Oct 24, 2020 11:00 AM
Comments
We welcome your feedback and encourage you to share your thoughts. We ask that you be respectful of others and their points of view, refrain from personal attacks and stay on topic. To learn about our commenting policies and how we moderate, please read our Community Guidelines.