'I appreciate the recognition but still have much to do,' says Danby CEO in accepting the award
Oct 28, 2019 1:30 PM By: GuelphToday Staff 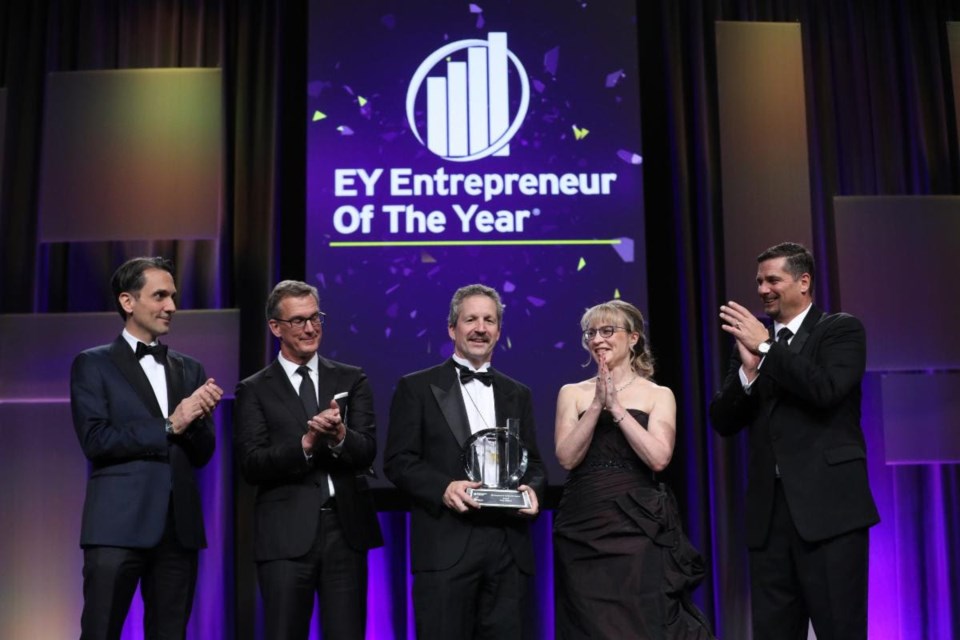 Guelph businessman, entrepreneur and philanthropist Jim Estill has been named the EY Entrepreneur Of The Year for ONtario.

Estill, the CEO of Danby Products, was given the award at an Oct. 24 gala in Toronto.

"EY Entrepreneur Of The Year is the world's most prestigious business awards program for entrepreneurs," says a press release.

"Entrepreneur of The Year recognizes the endeavors of exceptional people who create the products and services that keep local and global economies moving forward. The program recognizes the contribution of people who inspire others with their vision, leadership and achievement."

Said Estill: “I am truly humbled to receive such a prestigious award. This award is a beginning and a byproduct – not an end. I appreciate the recognition but still have much to do. Awards are given to the leaders, but it is everyone in the companies that make it possible. So I would like to credit all the staff at Danby Appliances and ShipperBee for their hard work and dedication.”

Estill started his first company out of the trunk of his car while attending the University of Waterloo.

He grew this company to $350 million in sales before selling to Synnex in 2004. Estill then became CEO of Synnex Canada where he grew sales from $800 million to $2 billion in five years.

Throughout his career he’s invested in over 150 companies — of those, 25 were sold. In 2015 he purchased Danby and helped the company to expand into new markets (United Kingdom and Mexico) and develop innovative new product lines, like its award‐winning smart mailbox, Danby Parcel Guard.

In addition to his business success and innovations, he has been the recipient of numerous awards and recognition, including being named a member of the Order of Canada in March, 2019. Estill is also regarded as a philanthropist and well known for his financial generosity and ongoing efforts to provide refuge to families fleeing from the war in Syria.