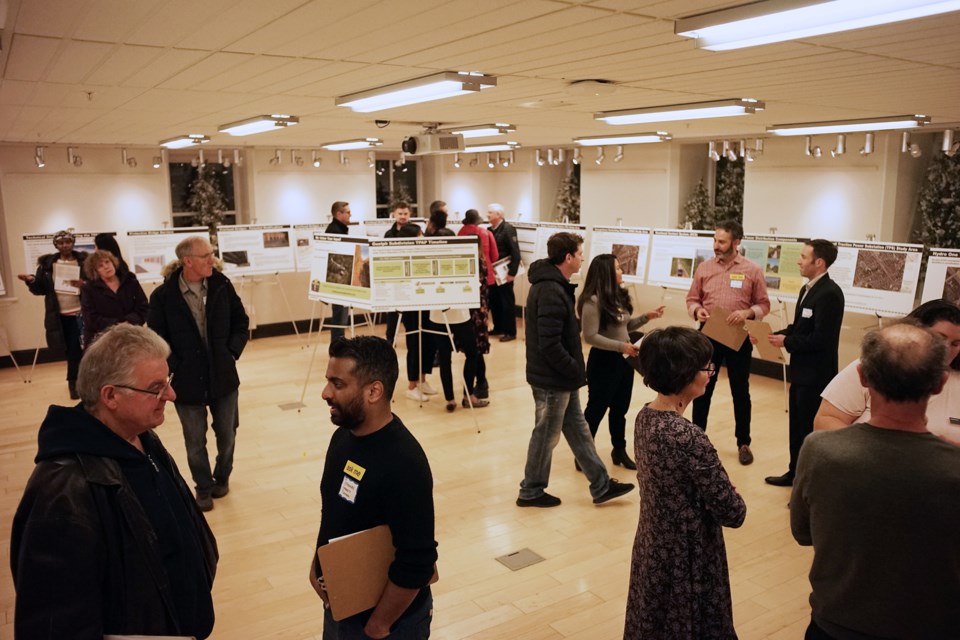 Guelphites got a sneak peek at the possible future of GO rail transit in the city during an open house Wednesday presented by Metrolinx, but there is still at least a five-year wait for two-way, all-day service.

The Guelph Civic Museum hosted dozens of people interested in the project, with employees of Metrolinx on hand to answer questions about possible expansion of the Kitchener line and electrification of the track in the area.

Malcolm McLeod said he was interested in the presentation because the GO tracks run adjacent to his backyard.

“I am definitely worried about the impact of the noise and health impact of electrification of the tracks on our dwelling, that’s my biggest concern,” said McLeod.

If a second line is eventually put in, it may encroach on his property, said McLeod.

“We haven’t gotten an answer on that yet. I think we will find out about that in about five years.”

According to Metrolinx, benefits of electrification include a reduction in greenhouse gas emissions, increased reliability and faster service.

Although Metrolinx is at this point agnostic as to how the route will be electrified,

To do that, Metrolinx needs to consider the environmental impact and effects on cultural heritage in the area.

Missing in Wednesday’s presentation was a solid timeline of when the work would begin.

Some other residents who live near the tracks had similar concerns as McLeod, but one woman who spoke to GuelphToday but asked to not be identified by name, isn’t worried about the work starting any time soon.

“I have lived in my house for 30 years and they have been talking about this the whole time,” she said. “I think it will be another 20 years of talking.”

Other concerns were raised, like whether enough people use the GO Train to support adding a second line. One man noted he often sees very few people on the train when it passes his backyard at the end of the day.

McLeod wondered if the station in Guelph can support an increase in ridership.

“I know there’s a new parkade there — it will be filled in five minutes,” he said.

On Friday, the Metrolinx board will consider a proposal for access to rail lines between Georgetown and Brampton. A 13-mile section of freight track between the Bramalea and Georgetown GO stations is currently used by GO Trains under an agreement with CN.

That section has been one bottleneck in getting two-way, all-day rail service between Toronto and Kitchener.

Two options laid out in the proposal are building an all-new Metrolinx-owned bypass of that section of freight track or to negotiate increased access with CN to the existing freight tracks.

The second option is the recommended option, resulting in reduced cost and shorter timeline for the added service — estimated to be at least five years away.

Both options include adding a second side platform at Guelph Central Station, as well as track improvements that will allow a removal of the current 10 mph slow order speeds near the station.

The cost of that proposal would be about $1.5 billion, which would include upgrades to track and stations, as well as maintenance and operating costs.

McLeod said he doesn’t take the train often, but he is a fan of rail in general.

“I lived overseas, where all we relied on was public transit,” he said. “This is a positive step forward, I just want to make sure it’s done properly.”

Guelph Police want to know if any of this stuff is yours
May 25, 2020 11:20 AM
Comments
We welcome your feedback and encourage you to share your thoughts. We ask that you be respectful of others and their points of view, refrain from personal attacks and stay on topic. To learn about our commenting policies and how we moderate, please read our Community Guidelines.