The Royal City Summit was originally planned to be presented live but a recent rise in cases of COVID-19 forced organizers to record the performances and discussions to be broadcast at a later date
Oct 18, 2020 8:00 AM By: Kenneth Armstrong 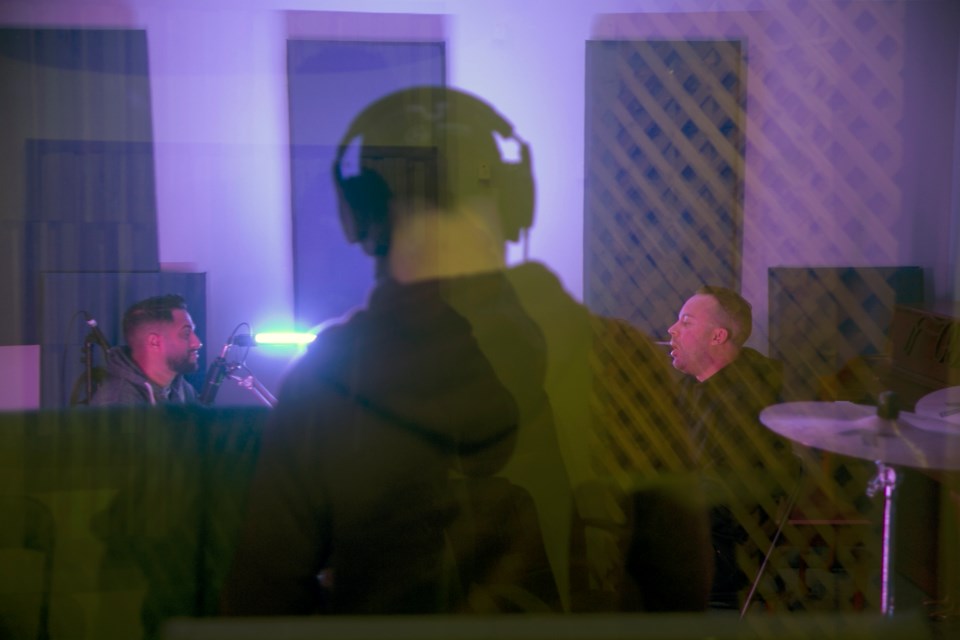 Guelph-native Dhanung Bulsara (left), who is currently a digital host for BlogTO, was MC for the Royal City Summit, a virtual conference focusing on the local music scene. Kenneth Armstrong/GuelphToday

A virtual conference focusing on the local music scene was held this weekend, with plans to offer the content free as a way to give back to the community and support young people coming up in the industry.

The Royal City Summit was originally planned to be presented live, with some live-streamed interviews on the topic of entrepreneurship in music, but a recent rise in cases of COVID-19 forced organizers to record the performances and discussions to be broadcast at a later date.

“We were going to do something in person, but since we started to see the momentum picking up with COVID again and a possible second wave we realized it’s better to pivot now than to realize too late, so we made an adjustment,” said Eduardo Belmonte, president of AMO Talent Management and one of the organizers of the event.

The two-day event held on Friday and Saturday included panel discussions, performances and one-on-one interviews with musicians, venue owners and other professionals from the local and area music scenes.

“I think a lot of times when people think about music they think of the bigger cities,” said Belmonte. “They don’t realize the bigger cities are where people go because that’s a great place for exposure, but a lot happens in the smaller communities where these people come from.”

All of the individual sessions were recorded on video and Belmonte said the plan is to offer them for free at a later date, with the support of event sponsors.

“We want to offer this as a free piece of content for musicians, entrepreneurs and kids in the community that are just coming up and want to know more about it,” he said.

One panel discussion focused on how the local music scene has evolved in Guelph since the mid-90s when Belmonte was a student at University of Guelph.

“We wanted to highlight how things have changed since we got here to now, 15 years later. We wanted to define that transition and speak a little about COVID too and how it has impacted the live music scene and nightlife,” said Belmonte.

The venue for the two-day event was Royal City Studios, a music production studio and event space on Woodlawn Road in Guelph.

The studio had been in operation less than a year when COVID-19 forced it to shut down, along with most other businesses, in March, said owner Jim Duffield.

“Ten months in it all crashed,” said Duffield. “We have had some successes coming back with the event space here for events like this and we have had weddings and birthday parties.”

The event space at Royal City Studios is the perfect size for small events, said Duffield.

“For the 50-person limit under COVID we can do that in here socially distanced very nicely,” he said.

Nobody in the local music industry has been untouched by the effects of COVID-19, said Duffield.

“This has been a big struggle for musicians and for the people organizing events and being in production because the options were really limited for a while,” said Duffield. “Even now, we can put performances on here for small audiences, but many bands can’t afford that because they need to have a bigger audience to be able to afford to get to the place and do the performance.”

During one of the one-on-one interviews for the project, Onyx Nightclub co-owner Bilay Badoe shared how his venue has shifted from holding in-person events to live streaming performances to thousands of people.

Guelph-native Dhanung Bulsara, who is currently a digital host for BlogTO, was MC for the two-day event.

The content recorded this weekend is expected to be released early in the new year.

“January 2021 is going to be a fresh start for everybody and a good opportunity to reflect on 2020 in general,” said Belmonte.