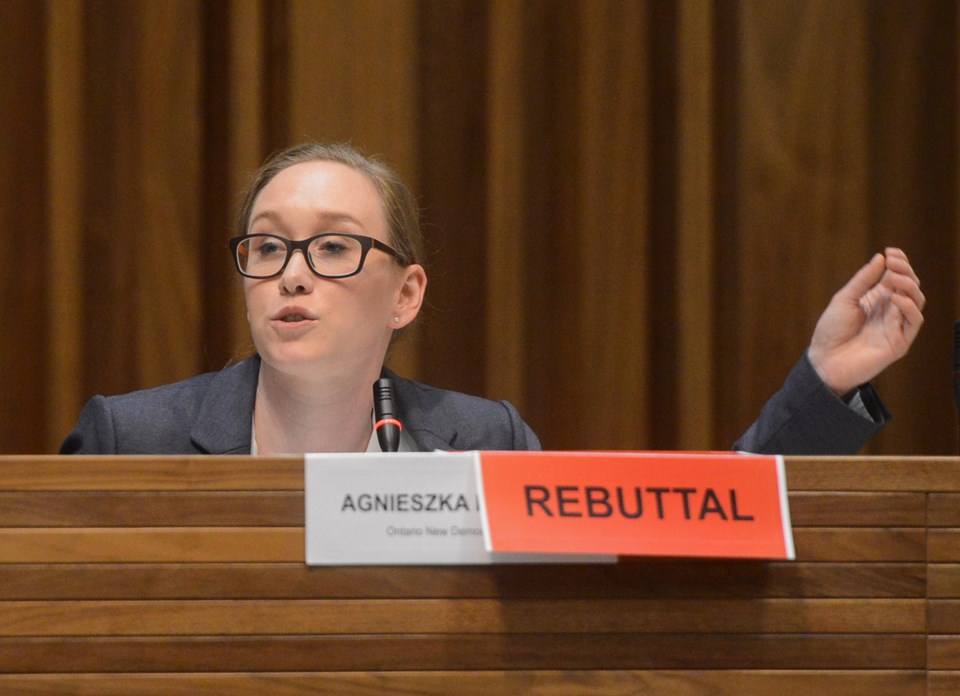 I am so proud to live in Guelph. We have an amazing community filled with driven, dedicated, welcoming and well-informed people. But I also know that a lot of families in our community are feeling squeezed.
After decades of switching between bad Liberal governments and even worse Conservative governments, essential services have been slashed and the cost of living – for hydro, auto insurance, transit, tuition, daycare, prescription drugs and housing – has continued to soar.
People are fed up. They know they deserve better. They want change. And it is very clear we will have a new premier and a new government on June 7.
In this election campaign, I’ve had the pleasure of talking to people and knocking on doors in every corner of this riding. I’ve been excited to share Andrea Horwath and the NDP’s vision for a better Guelph and a better Ontario. And that message has been resonating, because at the end of the day, we all want the same things.
We all want to keep the schools in our neighbourhoods open and finally repair the ones that are falling apart. We want our hydro bills to be brought under control, instead of continuing to skyrocket. We want an economy that works for real people – one that doesn’t just create more jobs, but better ones that offer more opportunity and a more affordable life for families. We all want our friends, our families and our loved ones to be able to get the prescription drugs and dental care they need, regardless of how much money they have. And we all want to fix what is broken in our health care system, end long wait times and the tackle the hallway medicine crisis gripping our hospitals.

By all indications, this election will be very close. It will come right down to the wire. Because of that, Guelph is one of a handful of ridings that could chose the next Premier of Ontario. In ridings across Ontario, votes for Liberals won’t result in a minority government – they will result in a Ford majority. In Guelph, the same is true for the Greens. Every vote for the Greens will help put Doug Ford in the premier’s chair – and we can’t let that happen. We need to defeat Doug Ford on election day, not try and keep him in check after it.
In this election, Guelph’s voters have an important choice to make. Hope or cuts. Andrea Horwath or Doug Ford.
The choice is clear. We can’t afford to let Doug Ford make his deep cuts, lay-offs and privatization sell-offs – all so he can pay for tax cuts for the wealthiest people and most profitable corporations. And we definitely can’t afford to let Doug Ford lay off 57 staff and close 7 beds at Guelph General Hospital, which is exactly what his $6 billion in promised cuts would do right in our community.

I’m asking people in Guelph to come together. Andrea Horwath and I are the only choice if you want to stop Doug Ford in his tracks. Together, we can make our province more livable and affordable for everyone.

It’s time for a change for the better.