Guelph Wish Fund for Children has granted 374 wishes to children living with a significant illness or life-altering injury since it was founded in 1984
Apr 10, 2019 7:30 PM By: Kenneth Armstrong 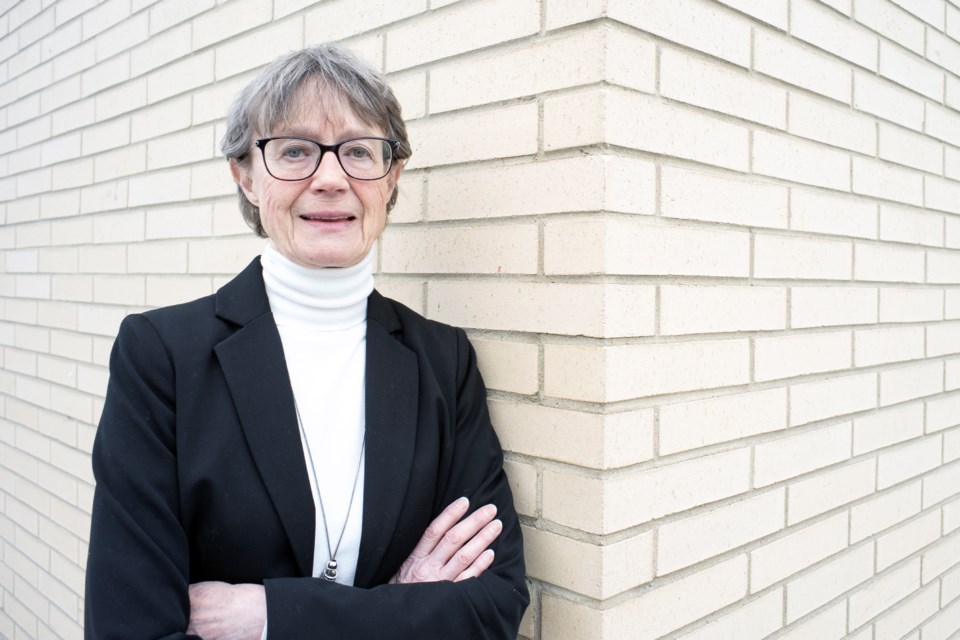 Sharon Rice is the executive director for Guelph Wish Fund for Children. She says the organization is looking for more children living with a significant illness or life-altering injury to grant wishes to. Kenneth Armstrong/GuelphToday

A local charity that grants wishes for children living with a significant illness or life-altering injury has a unique problem — it needs more kids to sign up for assistance.

Guelph Wish Fund for Children executive director Sharon Rice said that the organization is looking for more kids to grant wishes to — anything from a family trip to meeting a celebrity or helping with the costs of needed medical equipment.

“A child will come in at any age from birth to about age 17. They have until their 19 birthday to spend and account of $10,000 that we set aside for them,” said Rice.

Eligible children must be living with at least one of the following: a rare and debilitating syndrome, a significant illness or a life-altering injury.

The organization is sometimes mixed up with other national ones that also grant wishes, but Rice notes there are differences.

“First of all, we are all local,” said Rice. “All of our donors support us because they know the money is being spent locally.”

Since it was founded in 1984, Guelph Wish Fund for Children has granted 374 wishes.

“One of my goals when I came on in the fall of 2017 when I saw that we have a fairly solid bank account was to increase the number of children we help,” said Rice.

The organization had been attracting about six wish kids per year, but last year 21 were added.

In total, about 34 kids are currently on the list for wishes. Rice said the organization could support another six to eight kids.

Last year, a local 17-year-old boy who had multiple tumours removed from his body received a new laptop and court side seats for a Raptors playoff game, where he was able to watch his idol LeBron James in action.

“We got him a big red Cavaliers jersey with number 23 on it and he got his wish,” said Rice.

Rice said one family wanted their child, who had a rare condition called Cantú syndrome and had received multiple heart procedures, to have access to a playground in the back yard, the kind you usually see in public parks and school playgrounds.

“He now has this big wonderful play set in his back yard,” said Rice.

She said the children benefit from what has been dubbed the ‘wish effect.’

“Families go through a lot of stress and fundraising on their own travelling to and from doctors appointments and needles and blood tests and all of that stuff. If there’s a wish sitting there, it has a very powerful effect. It can give a little bit of joy every time they think about it, brainstorming around the kitchen table about what they should do with the wish. It’s a charge of happiness,

Ron Asselstine, a well-known NHL referee, co-founded the organization in 1984 and served as president and treasurer until he stepped down from those roles in 2010.

Although Asselstine is not currently active in the day-to-day operation of the organization, Rice said he is a wealth of knowledge that she draws upon frequently.

Rice said Asselstine and his wife Wendy ran the organization from their basement.

Guelph Wish Fund for Children is still run from the homes of Rice and director of operations Joanne Grodzinski. Not having an office for the organization is one way it keeps overhead costs low to ensure as much of the funding as possible goes to the wish kids.

Guelph Wish Fund for Children has a number of regular donors, from corporations to individuals from across the Guelph and Wellington County area. One person has donated more than $100,000 alone, said Rice, and a large Guelph company donates between $50 and $80,000 every year.

Rice said one child who received a wish from the organization gave back in their own little way to ensure someone else can benefit.

“Last September he and his little brother had a hot dog sale on their front lawn,” said Rice. “They raised $100, so we did a photo op as they handed me the cash.”