The visit by Bernier will proceed on Friday at a location that will only be known to ticket holders and invited media
Jul 16, 2019 1:15 PM By: Kenneth Armstrong 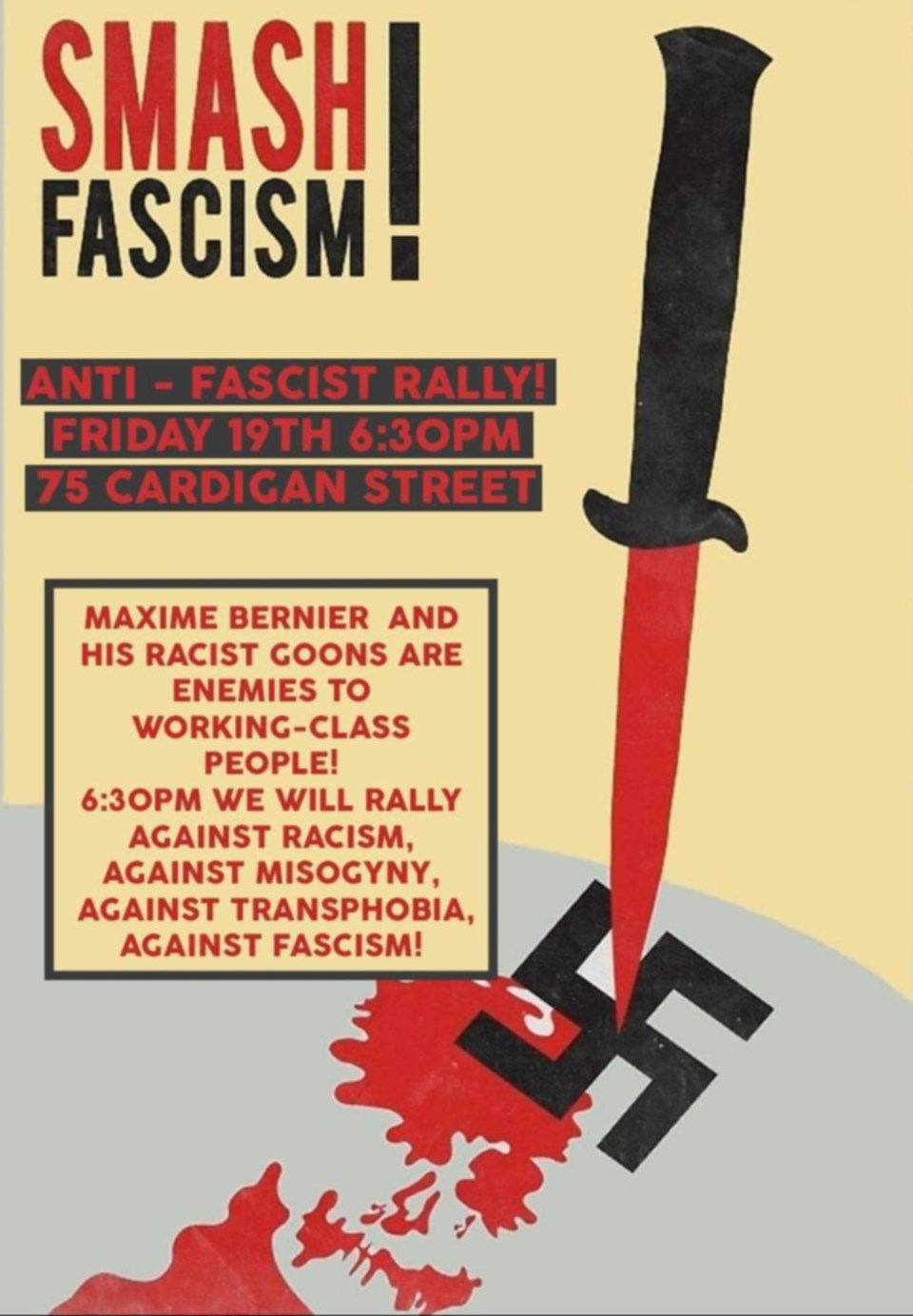 People's Party of Canada leader Maxime Bernier is still expected to meet with party faithful at a secret location in Guelph this Friday after the event was originally postponed in light of what the local candidate called threats of violence.

Local PPC candidate and riding association president Mark Paralovos said he was disappointed after the event scheduled for Friday at the Guelph Youth Music Centre was cancelled after a poster circulated calling for an ‘anti-fascist rally’ at the same time Bernier was supposed to be speaking.

“I was surprised at the reaction,” said Paralovos.

The visit by Bernier will proceed on Friday at a location that will only be known to ticket holders and invited media, said Paralovos.

The party leader is expected to speak  for an hour and answer questions for 30 minutes.

The poster by Revolutionary Communist Party - Guelph depicted a drawing of a bloody dagger hanging above a swastika.

Paralovos said he did not want violence and chose the Guelph Youth Music Centre to support a local non-profit organization.

“Let’s raise money for this venue in our city and these short-sighted people are trying to force their values down our throats without a democratic process without anything but threats of violence — it’s just so disappointing,” he said.

Guelph resident and activist Jamie Gibson, who posted an online petition against the visit, told GuelphToday he did not believe the poster was inciting violence.

“The poster that originally sparked all of the controversy to this, the anti-fascist poster, is actually a reference to a World War 2 anti-Nazi poster,” said Gibson. “The rhetoric of Maxime Bernier is a much greater threat to public safety than a barely-circulated poster.”

He cited Bernier's stances on immigration and transgender rights, among other issues.

“He posed for a picture with members of a known Canadian hate group just last week in Calgary,” added Gibson.

“All I want is to be left alone to run our event and to have a peaceful dialogue about hard politics,” Paralovos told GuelphToday.

Gibson is asking for the event organizers to produce evidence that the anti-fascist rally was intended to be violent.

“Part of the far-right playbook is to victimize yourself and cast yourself as the victim, when in reality Maxime Bernier very nearly became the leader of the Conservative party of Canada and is still getting plenty of donations for his new party,” said Gibson.

“He is in no way getting his freedom of speech suppressed. If anything, you have a bigger platform to speak and spread your ideas than almost any other person in Canada.”

“I think Max Bernier wants to present himself as a victim because he is speaking to a racial anxiety that a lot of his supporters have,” he added.

Paralovos said the People’s Party of Canada is one of the fastest growing political parties in the history of the country and the fact the leader is coming to Guelph should be celebrated.

“That’s exciting, it doesn’t matter what side of the spectrum you fall on, that’s a neat thing to happen to our little town,” he said.