Mayor's task force will focus primarily on the issue of homelessness in Guelph
Dec 5, 2018 7:30 AM By: Tony Saxon 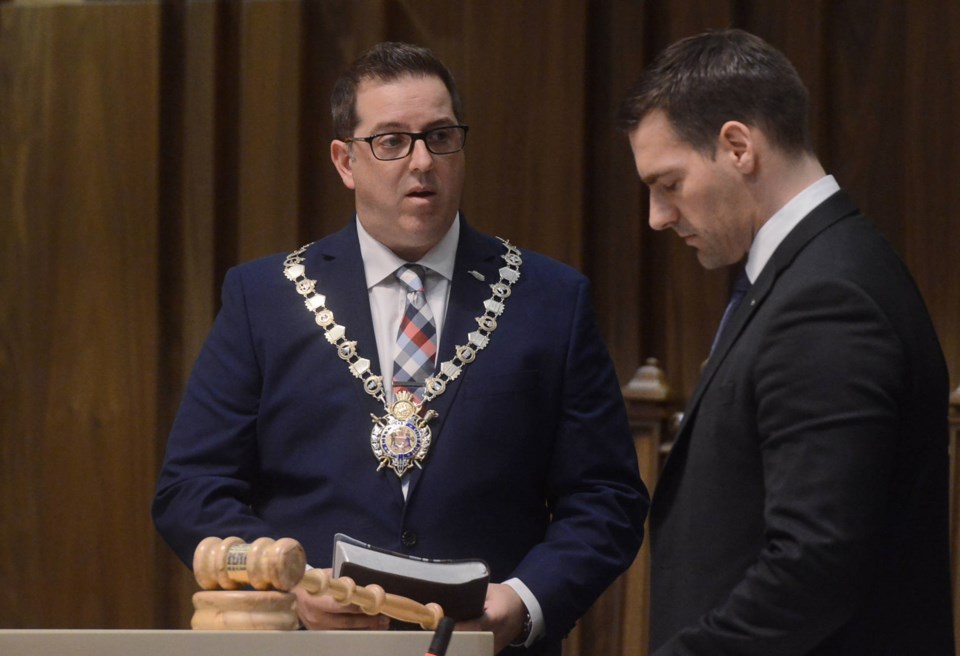 Mayor Cam Guthrie says his emergency task force is a 'get things done' moment aimed at battling homelessness in the city.

The mayor announced during his inauguration speech Monday that he was setting up an emergency task force to "amplify" the work already being done by several agencies in the city.

On Tuesday the mayor said he has been working for the past several weeks to come up with a task force that could very quickly arrive at some concrete plans to help battle issues that the vulnerable citizens face.

"I want it to be about actual actions, implementations of solutions to the problems people are facing," Guthrie said. "This is not a talking moment. THis is a getting things done moment."

The main focus will be on the issue of homelessness, he said, because several of the other issues, such as drugs and mental health, are related to that.

He said the group would meet three or four times to arrive at potential partnerships and initiatives. The short time frame is needed, Guthrie said, so that any potential financial considerations can be part of the city's upcoming budget process early in the new year.

He wants it to move as quickly and efficiently as possible.

"I don't really want the task force to be very long. I'm looking at maybe a maximum of four meetings over the next month or so and then recommendations would flow into the budget process if there are any of the initiatives that would require budget funding."

He stressed that the task force is there to "amplify" the work of current community groups, agencies and stakeholders, because "they know exactly what the needs are."

Not everything, Guthrie said, would require funding. Some might just be finding the appropriate partnerships or just bringing awareness to some of the solutions.

"It doesn't have to be about funding," he said of the task force, which does not need council's approval.

"I want to be able to bring any recommendations that come from the task force to council if there are any council considerations that are necessary," he said.

Guthrie said the public will be kept informed of the process then have an opportunity to provide comment and input as delegates at budget time.