Last week, the Guelph Police Service presented an almost five per cent budget increase to its board
Sep 21, 2020 7:00 PM By: Kenneth Armstrong 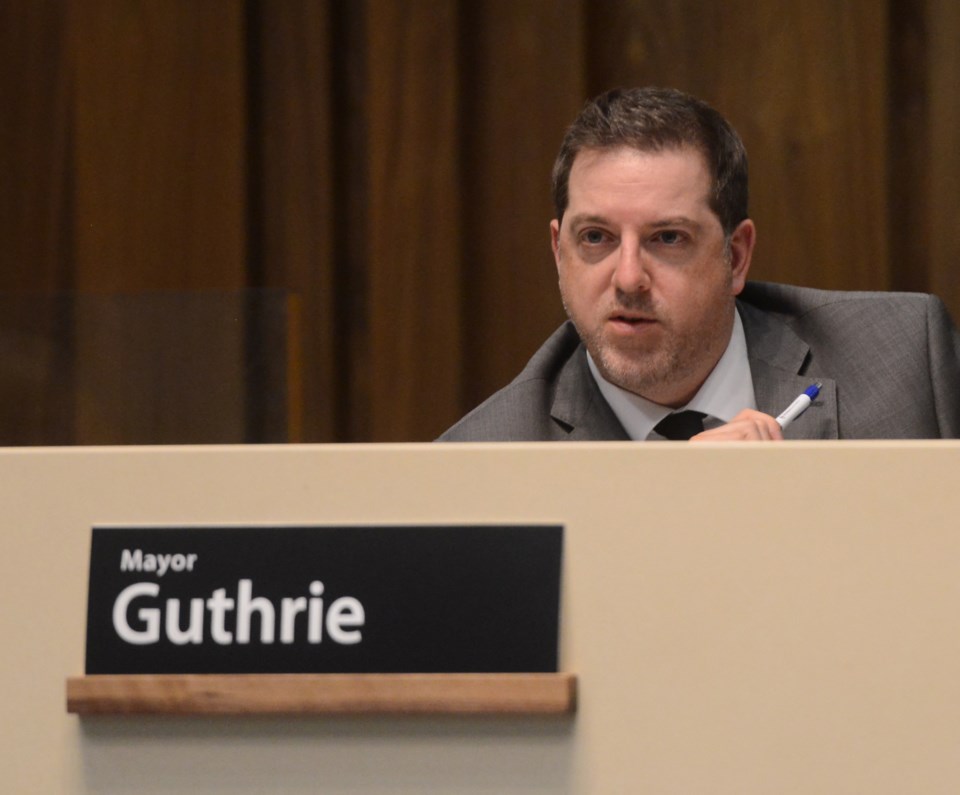 The mayor says he is still hoping to see a zero per cent budget increase from all of the departments within the City of Guelph, internal and external, even as the Guelph Police Service presented an almost five per cent increase to its board last week.

On Thursday, Chief Gord Cobey presented the department’s proposed 2021 operating budget to the Guelph Police Service’s Board. Although Guthrie had earlier asked for a zero per cent budget increase, the proposal came in with a 4.75 per cent ($2.3 million) increase over 2020.

One of the uncontrollable pieces, said Guthrie, are some of the salary increases within a unionized environment.

Of the proposed $48 million police budget, almost $2.5 million will go toward increases in salaries, wages and benefits for the service’s employees due to a new collective agreement reached earlier this year with the Guelph Police Association.

“That makes up quite a large of any budget is the contractable agreements with the unions for those increases year-over-year,” said Guthrie.

The mayor said he is happy to have supported the police service’s 2020 budget which added 30.5 full-time equivalency positions.

“We have to strive for zero on what we can control, so I was very pleased on two sides — I am pleased to see the increase in the budget that was required last year because we desperately needed in the community an increase in the complement of our officers,”said Guthrie. “I am pleased to see that this year the proposed 2021 budget has zero hires. On the controllable side.”

Many of the new hires were not activated until partway through 2020, which means almost $950,000 in wages, salaries and benefits were carried over into the 2021 budget.

The proposed 2021 operating budget came in slightly under what was forecast, even if it didn’t come close to meeting the zero per cent threshold requested by Guthrie as a member of the board.

“Under the leadership of the chief I was glad to see that,” said Guthrie. “That type of leadership is exactly what I am looking for from the library board, the GRCA and the City of Guelph.”

All of the external boards which will present budgets to the city must strive for that zero per cent increase due to uncertainty around COVID-19, said Guthrie.

“They must be thinking at the end of the day of the taxpayer as we move into 2021, especially in a COVID environment.” he said.

Until all of those budgets come in and city staff work on cutting the fat within internal departments, council will be in the dark as to what kind of efficiencies can be found.

“Council looks at the budget in its totality, which comes in many parts,” said Guthrie. “So where you may see one department come in higher, you may see another one that is lower. Until we see the entirety of those parts presented as one we won’t know what the real bottom line impact will be.”

Guthrie said everyone on council, including himself, are in a holding pattern while waiting for the budget recommendations to come.

“Obviously I am concerned about any large impact but I need to be patient to see what the final result is in the totality of one budget,” he added. “Once that finalized budget is released it will be up to council to determine what we do.”

Guthrie has said council must consider pausing, stopping or reconsidering large capital projects to curtail not just the cost of the project, but also the ongoing operating costs.

“Once the ribbon is cut they are expensive to operate and we need to be careful about the climate we are in with COVID and financial impacts for businesses and households,” said Guthrie.

Guelph Police seek 4.75 per cent budget increase despite request for no increase
Sep 20, 2020 9:00 AM
Comments
We welcome your feedback and encourage you to share your thoughts. We ask that you be respectful of others and their points of view, refrain from personal attacks and stay on topic. To learn about our commenting policies and how we moderate, please read our Community Guidelines.