Mayor's emergency task force has some solutions, now it needs the funding

Mayor's task force on how to address issues facing the city's most vulnerable citizens wraps up Thursday
Jan 24, 2019 8:00 PM By: Tony Saxon 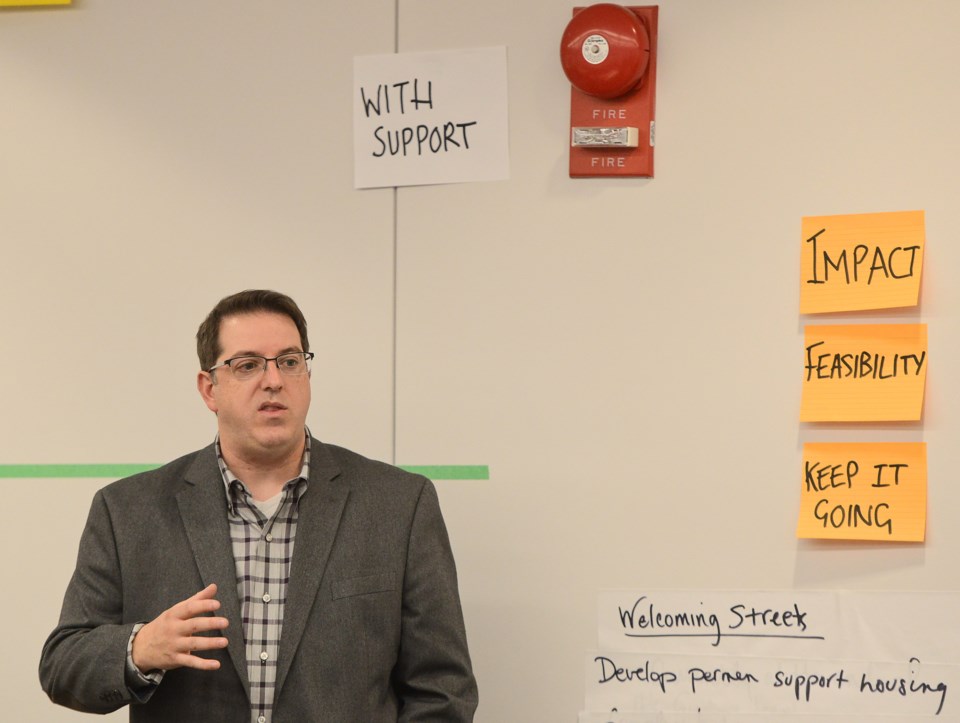 The will and the words are in the books. Now it’s time for action.

Now the money and resources have to be found to implement them and the task force plans on reaching out to the broader Guelph community to help fund the solutions.

Homelessness, poverty and addiction issues were the focus of the task force, set up by the mayor and including over over 30 people representing a wide range of agencies, levels of government and people with lived experience.

Thursday it unveiled five concrete proposals, some of them easily attainable, others that would require millions of dollars, to battle those issues:

“All of these things are really important. But Mr. Mayor you did say that this was an ‘emergency meeting’ and I don’t feel any sense of urgency,” Brophey said.

“I feel like it was called an ‘emergency’ and the ambulance will be here in five years. The ambulance is needed now.”

Brophey expressed concern that there was a lot of good talk, good ideas and good intentions, but it has been her experience that it rarely leads to action.

“I guess it’s responsibility to prove you wrong,” the mayor told her.

“All of these things have to happen, not just be talked about,” Brophey said.

Guthrie said he plans on bringing several of the recommended priorities to city council budget discussions in a couple of weeks as part of an expansion package.

Funding for some of the bigger plans, notably the creation of supportive housing, will cost millions and need the provincial and federal governments to step up.

Reaching out to the community will also be part of the funding strategy.

Guthrie said the municipality can step up financially and in terms of perhaps offering space for some of the programs being talked about.

But the mayor stressed that this is a community problem and it is going to take the community as a whole to step up to help address them, not just the social service and government agencies in the room Thursday.

“Yeah, there’s a lot of great people in this room: all levels of government, tonnes of different agencies and great support workers and stakeholders …. But it really is going to be a call to action to our community to actually step up to help with all these situations,” Guthrie said.

“It is a call to the community. A call to action …. We can actually make a difference on this issue.”

Raechelle Devereaux, executive director of the Community Health Centre, said there are short term solutions that can be scaled up quickly with existing resources, but there are long-term needs that include property and staffing.

MP Longfield said having a united voice was important in getting the attention of the federal government.

MPP Schreiner said it all comes down to funding.

“All kinds of creative solutions were here today. A lot of its funding. Really, that’s what it came down to, funding,” Schreiner said.

“We need people to step up,” he said, speaking of the broader community.

A full report from the task force will be released to the public shortly, the mayor said.