Faces To Names project is looking for pictures of four veterans that helped liberate the Netherlands in World War II
Nov 20, 2020 6:00 PM By: GuelphToday Staff 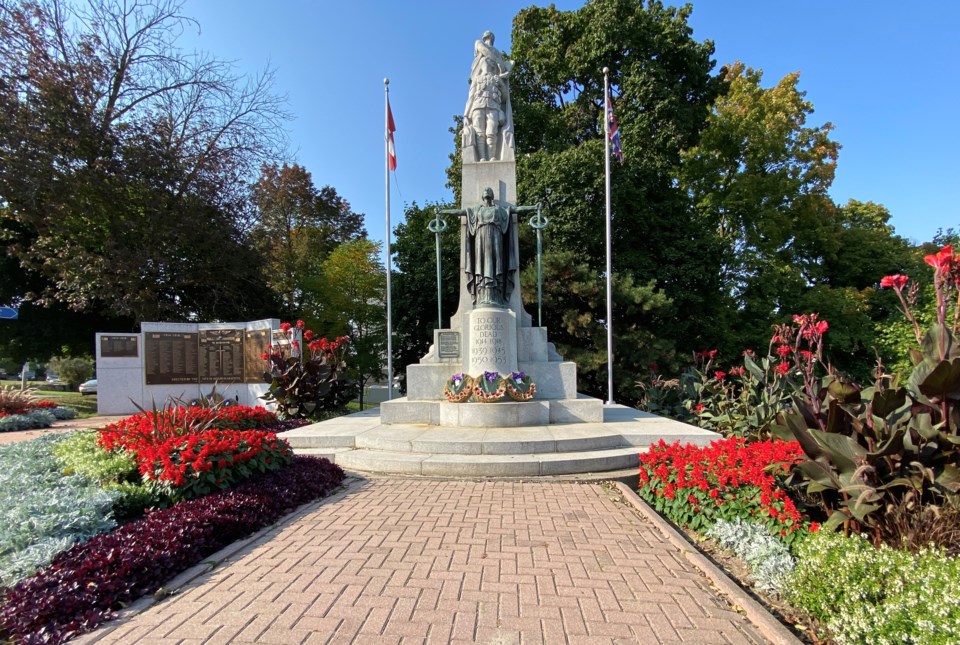 A project that honours the men and women on the Guelph cenotaph is looking for photos of four veterans.

This year's local Faces to Names project honours 28 local soldiers who helped to liberate the Netherlands during WWII.

The soldiers’ photos, which were at the cenotaph until Nov.13 and are now at Stone Road Mall until Nov. 22, then the University of Guelph Library until Nov. 30.

Scanning a QR code on the exhibit provides access to the soldiers’ biographies and videos created by their relatives.

Research uncovered photos of 24 of the 28 men and the project is still trying to find photos of the other four.

Anyone with any information can email info@canadianremembrancetorch.ca