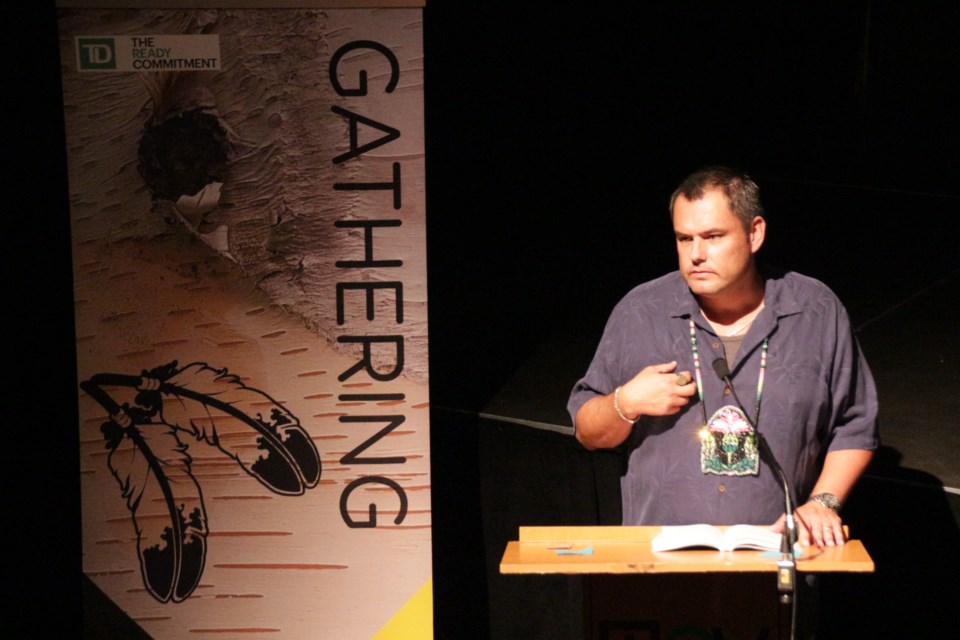 Jesse Thistle read excerpts from his book From the Ashes. Contributed photo

From century-long fights with the Sioux, to the massive and dangerous logistics of the bison hunt, Métis hunting tactics took on a battle-like precision run by a general known as the Captain of the Hunt.

The Métis took their bison-hardened skills into battle during the Northwest Resistance, winning two battles against Canadian troops at Duck Lake and Fish Creek, and holding off columns of much bigger forces for days at the final battle of Batoche.

Thistle will sketch out some of these tactics and show how the Métis were a people who had unique and organized guerrilla war tactics far ahead of their time.

Thistle is Métis-Cree and an Assistant Professor in the Department of Equity Studies at York University in Toronto. He is a PhD candidate in the History program at York University where he is working on theories of intergenerational and historic trauma of the Métis people. Thistle is the recipient of P.E. Trudeau and Vanier doctoral scholarships, and is a Governor General medalist.

He is the author of the Definition of Indigenous Homelessness in Canada published through the Canadian Observatory on Homelessness. His research has been published in numerous academic journals and book chapters, and has been featured on CBC Ideas, CBC Campus, and Unreserved.

His most recent work, From the Ashes: My Story of Being Métis, Homeless, and Finding My Way, is a bestselling memoir published by Simon and Schuster. It is currently a finalist in CBC Canada Reads.

The military lecture series is presented in partnership with the Laurier Centre for Military, Strategic and Disarmament Studies. Doors open at 6:30 p.m. Admission is by donation. For more information, visit guelphmuseums.ca.

Guelph Civic Museum is located at 52 Norfolk Street. The building is physically accessible.