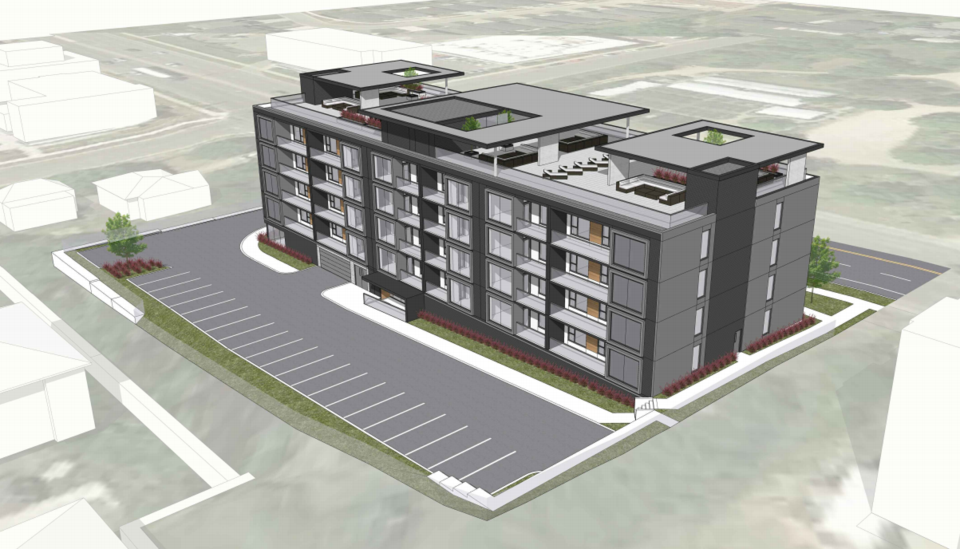 Another mid-rise apartment complex is being proposed for south Guelph.

The latest is a six-storey, 43-unit apartment building a developer wants to build on the west side of Gordon Street just south of Poppy Drive on the city’s southern fringe.

The parcel of land is four-fifths of an acre, with 73 metres of frontage on Gordon Street. It currently zoned as agricultural and an application has been made to change that to high density apartment.

The two addresses currently each have detached homes on them.

"The area, which is already well serviced, is slated for increased growth. It is the intention of the City of Guelph that the services in this area should increase in density & diversity. Figure #1 outlines the approximate 400m & 800m radiuses that are discussed in this section relative to the subject site," says the application to the city.

The applicant notes that the location is not currently serviced by Guelph Transit, but that the city’s transit master plan does include extending the Gordon Street corridor service eventually.

There would be 22 surface parking spots and another 38 under ground.

A public meeting on the proposal will be held in council chambers on Dec. 9 at 6:30 p.m.

To speak at the meeting you must register with the city clerk’s office by Dec. 6 by 10 a.m.

Raising a toast and cutting the cake with new robotic arm (10 photos)
Feb 17, 2020 9:00 AM
Comments
We welcome your feedback and encourage you to share your thoughts on this story. We ask that you be respectful of others and their points of view, refrain from personal attacks and stay on topic. To learn about our commenting policies and how we moderate, please read our Community Guidelines.