NDP hopeful McCann-Pappin steps out of the shadows

One of two candidates seeking the NDP nomination in the upcoming federal election has been involved with the party behind the scenes for several years
0
Jun 11, 2019 7:30 PM By: Tony Saxon 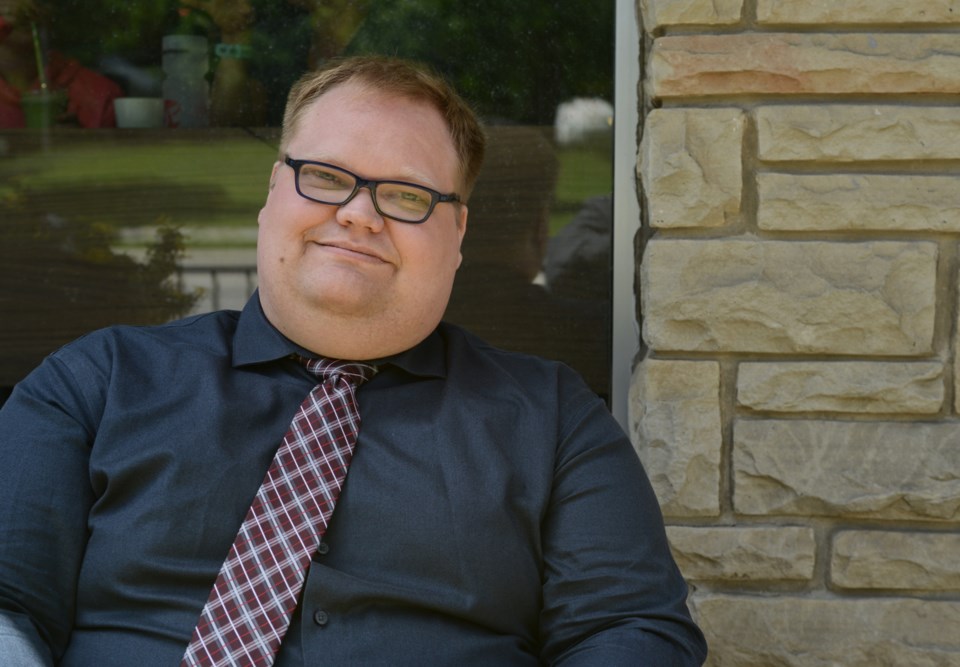 Andy McCann-Pappin is a familiar face in local NDP circles and at local social justice, labour and environmental events.

There haven't been many such events the lifelong Guelph resident hasn't helped organize or at least been at. But now he has taken a big step forward, out of the political shadows and into the spotlight.

McCann-Pappin is one of two nominees seeking to be the Guelph NDP candidate in the upcoming federal election. Aisha Jahangir is the other.

The Guelph NDP riding association will choose its candidate on June 22.

"It all just came together at the right time and I thought I'd give it a go," said McCann-Pappin.

"It's something that I've always wanted to do and that's partly why I got involved in politics in the first place, to lead up to that, and everything kind of meshed together in my life to make that possible and give it a shot."

McCann-Pappin was born in Guelph, grew up in the Ward, and other than a few years away at university, has lived here all his life. He currently works with Guelph campus co-op student housing.

"My step-dad, for the longest time, was a Conservative and I think my mom still has a big crush on Justin Trudeau," he laughed.

Instead he said they come from watching some of the struggles his mom went through for many years as a single parent.

"The older I got and the more into politics I got, it seemed the NDP was the only party that was presenting long-term solutions to the sort of issues that were affecting me and my family directly," he said.

McCann-Pappin officially got involved in politics in 2014, working on the campaign of provincial candidate James Gordon.

"I more or less wandered into James Gordon's campaign office," McCann-Pappin said. "I hadn't got into law school and I was looking for something positive to do. It just snowballed from there."

McCann-Pappin said that long-term solutions to long-term issues are one of the most important elements of the NDP platform to him.

"One of the things that has been most frustrating for me in my time in politics working behind the scenes, and in general, is that short-term, narrow-minded focus on the next election cycle. Winning the next election," he said.

The key issues such as climate change, affordable housing, the opioid crisis and access to affordable health care require long-term planning and thinking that go beyond one or two election cycles.

"Now the NDP platform has started to shift that way and I'm really happy to see that."

"I'd like to improve on the things we don't do very well," he said.

"I think we do a lot of talking at people. Screaming policy ideas from the rooftop doesn't work. I'd like to talk with people and hear what their concerns are and what their top priorities are and build a campaign around that.

"From the bottom up style as opposed to 'this is what's coming down from central office.' I don't think that works very well."

Guelph hasn't elected an NDP candidate at any level since Derek Fletcher in 1990.

In the last federal election its candidate, Andrew Seagram, garnered 12 per cent of the vote, finishing in third place, almost 26,000 votes behind MP Lloyd Longfield.

To get an NDP candidate elected might take time, he said, and the party could learn something from the Green Party.

"Long-term, and I hate to admit this, we need to take a lesson from the Greens and we can't stop being a presence at events. We need to keep campaigning between elections, we need to be out there and talking to people between election cycles and that's been something we haven’t done," McCann-Pappin said.

"Talking to people and connecting with people every single day, whether there's an election or not, is how you're going to build that support and build it from the bottom up and get yourself in a position to win here.

McCann-Pappin will be holding a meet-and-greet at the Cornerstone on Wyndham Street Wednesday, June 12, at 7 p.m.

Seven city locations to get temporary sidewalk and road changes to help with distancing
May 28, 2020 11:37 AM
Comments
We welcome your feedback and encourage you to share your thoughts. We ask that you be respectful of others and their points of view, refrain from personal attacks and stay on topic. To learn about our commenting policies and how we moderate, please read our Community Guidelines.