NDP hopeful sees politics as an extension of her nursing career: advocating for people 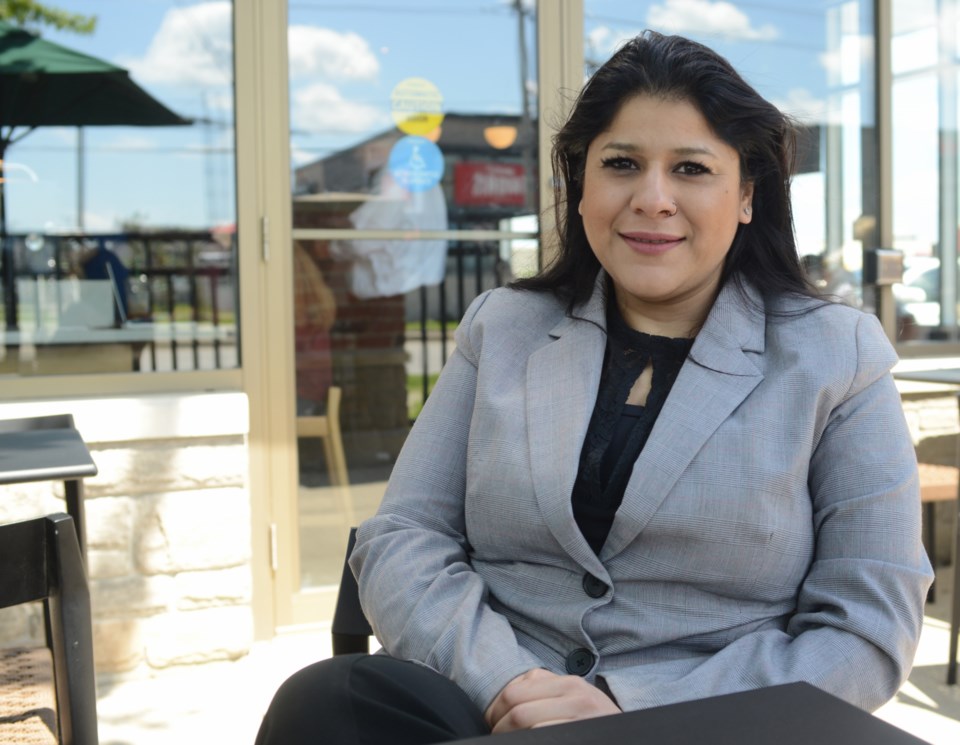 Aisha Jahangir never saw herself as a politician, but did always see herself as an advocate.

She sees it as an extension of who she is and of her career as a registered nurse.

"I never saw myself as a politician. Yet I'm a firm believer that nursing is a political act. It goes beyond advocating for my patients at the bedside, it's about advocating for community," Jahangir said.

"The only true responsibility is to protect the public."

Jahangir is one of two people seeking the NDP candidacy in the upcoming federal election. The other is Andy McCann-Pappin. The riding association will choose it's candidate on June 22.

"This is my journey, as I was exploring my true self of purpose, supporting that very same thing. My reasons to stand was to continue to protect the public."

Jahangir was born in Hamilton but her family moved to Guelph when she was just a few weeks old.

She graduated from Centennial high school and Conestoga College as a registered nurse, later upgrading her education at McMaster University.

For several years she worked at Guelph General Hospital in labour and delivery, then for the Homewood as an emergency psychiatric intake nurse. She currently works as a mental health nurse at Hamilton-Wentworth Detention Centre.

Jahangir has a long history of working for the local nurses' five bargaining units and was the local coordinator for the Ontario Nurses Association and in the last municipal election she ran for trustee for the Upper Grand District School Board.

The married mother of two has also taught health-related courses at college and high school.

"Running for school board was primarily to ensure and raise concerns around mental health and wanting to make sure social supports were there for children," she said, "and recognizing that each ward has unique needs."

She learned a lot running for school board.

"It was a learning curve in many ways, developing a platform to deliver to the public," she said.

During her school board campaign she said people came up to her and asked if she ever considered running for the NDP party.

"I come across as a bit of a socialist," she said.

She joined the local NDP riding after the municipal election with an eye on seeking the federal nomination.

National pharmacare, and how important it is, is one of the biggest things she believes the NDP brings to the table.

She would like to see it go a step further, with a national dental care program.

"I work with a significant marginalized population. It takes a lot for someone to step back and say 'where are we placing the blame and who needs to truly take responsibility.'"

She looks forward to being in a position where she can sit at a meeting in Ottawa and help make real change, focusing on what unites people, not what divides them

"I think it's time that we have some health care representatives in those positions. We know. We've worked it."

Jahangir said the responsibility of a member of parliament is to make sure the voices of their constituents are heard.

"I may not have the answers and you may not be pleased with what I'm going to come back with, but it's not to say that it's over. If you strongly believe in it, then it's on my table to make sure the support is provided."

This will be the fourth time Jahangir has run in an election, having twice run for union positions as well as for trustee.

"It's very important to me to be authentic."

Severe thunderstorm watch in effect
Jun 2, 2020 3:50 PM
Comments
We welcome your feedback and encourage you to share your thoughts. We ask that you be respectful of others and their points of view, refrain from personal attacks and stay on topic. To learn about our commenting policies and how we moderate, please read our Community Guidelines.