Near-death experience propelled researcher into the field of PTSD research 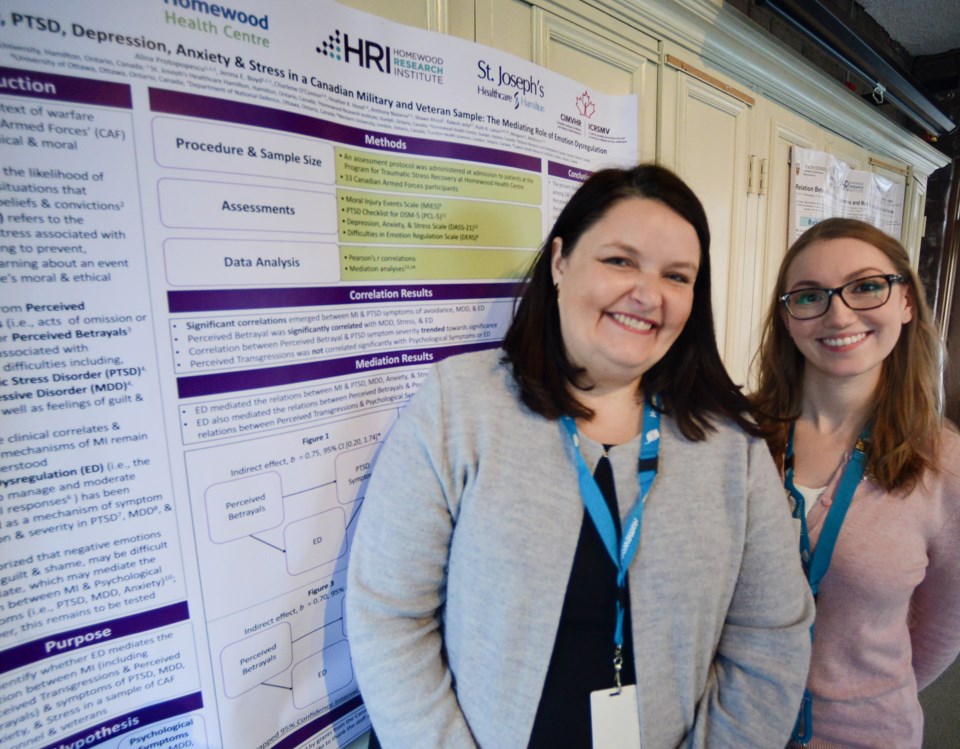 Margaret McKinnon became interested in post-traumatic stress disorder in the most terrifying way.

In August of 2001, McKinnon, at the time a post-doctoral student, left Toronto on Air Transat Flight 236 to enjoy her honeymoon in Portugal.

But she and 305 other people on the plane almost didn’t make it when the plane ran out of fuel over the Atlantic Ocean due to a leak in one of the engines.

Both engines ended up quitting and only the remarkable work by the pilot – and perhaps some divine intervention – saved those on board.

The pilot was able to glide the plane for 18 minutes before performing a miraculous landing on a small island air base. Everyone survived.

“We were prepared for the ditching of the aircraft” in the ocean, McKinnon said.

“The military and first responders created a strong commitment” to studying and help create treatment for those with PTSD, she said.

McKinnon discussed her work Tuesday at an open house hosted by the Homewood Research Institute, the independent research charity based at The Homewood on Delhi Street that conducts research  of mental health and addiction issues.

McKinnon, one of several HRI researchers discussing their work at the open house, eventually did a PTSD study of the near plane crash, comparing passenger recollection between those who suffered from PTSD as a result of the near-death experience and those that didn’t.

Her work in PTSD research has continued ever since. She is now the Homewood Research Chair in Mental Health and Trauma and an associate professor at McMaster University.

While the concept of trauma affecting mental health has always existed, PTSD as an official diagnosis has only been around since 1980, McKinnon said.

Initially its primary focus was battlefield trauma in soldiers.

“I think now we have a better understanding of the long term consequences of childhood trauma, abuse and neglect,” she said of the expansion of the field of study and its acceptance in society as a legitimate mental health issue.

“One concept that the Canadian military is interested in, which is very important, is the concept of ‘moral injury',” McKinnon said.

“That’s the idea that people in the combat theatre often have to make decisions between ‘wrong’ and ‘wronger', decisions that we as civilians would not have to make on an everyday basis.”

When we look at treating PTSD patients we have to look at concepts like moral injuries, violating your own ethics, values or feeling betrayed by someone that’s supposed to protect you.

“These are treatment avenues that we really need to explore,” McKinnon said.

Research shows that 9 per cent of Canadians are impacted by PTSD and that Canada has the highest incidence of PTSD out of 24 affluent countries.

McKinnon agreed that a higher diagnosis rate could be part of the reason for those figures.

“I think that we have really tried to challenge the stigma that surrounds mental illness and PTSD. In Canada people are increasingly seeking treatment and have access to good quality care, that leads to better diagnosis,” McKinnon said.