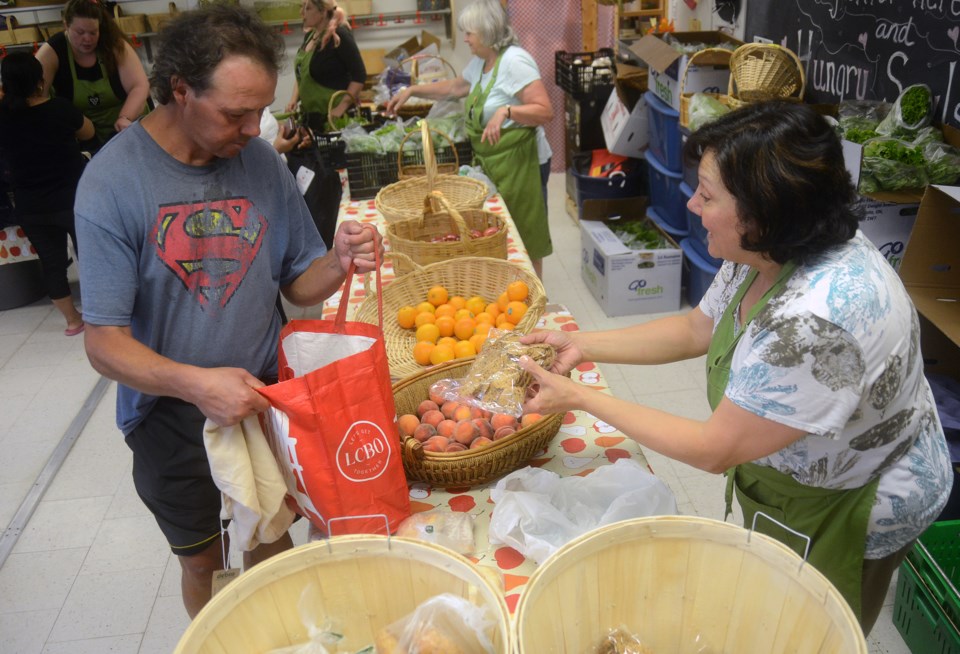 Once every two weeks people who register receive fruit and vegetables from the North End Harvest Market, one of the programs supported by the GNSC. GuelphToday file photo

With a three-year city funding agreement set to expire and growing need in the community, the Guelph Neighbourhood Support Coalition (GNSC) is looking for a new deal – one that allows it to have a greater impact on people in need.

As council works to firm up the city’s 2021 budget, representatives from the GNSC will be among over 30 delegates at a council budget meeting Wednesday evening.

The GNSC and representatives from several of its member groups plan to make a pitch for a renewed agreement with increased funding – $220,000 above the more than $575,000 it received this year.

“We’ve seen a lot of devastating impacts of the pandemic on a lot of people who were kind of precariously living before and unfortunately kind of pushed into the arena of needing more support, whether that’s food or emergency services or some kind of social supports in our neighbourhoods,” explained Brendan Johnson, GNSC’s executive director.

“There’s a lot of capacity and resiliency in the community, a lot of solutions. We just need some more resources to allow the community to do their work.”

Among other things, neighbourhood groups offer emergency food support, clothing cupboards and programs aimed at providing an opportunity for socialization, though those have been running virtually as of late.

“We’re trying to find ways to remain connected as best we can,” said Johnson.

A recent city report, dated Oct. 23, touted the positive impact of multi-year community benefit agreements, such as the one with GNSC. In 2019, the city gave $1.81 million to 15 organizations. That’s a mixture of funds and in-kind contributions as well as priority bookings of city facilities.

The report notes city contributions were used to leverage an additional $2.3 million in investments from other funding sources and contributed to the generation of 51,329 volunteer hours, which have an estimated value of $1.39 million.

Though Johnson is optimistic their request will be granted, he realizes the budget is under great pressure on a variety of fronts.

“There is money, it’s where we put our value for the money and where we prioritize our money spent,” he said, noting other municipalities provide more to their neighbourhood groups. “I’m not asking for an outrageous amount of money.

“The community will do amazing things with it.”