Wellington Water Watchers is asking the provincial government to cancel the current water-taking permit and to return the lands to public stewardship
Feb 17, 2021 7:30 PM By: Kenneth Armstrong 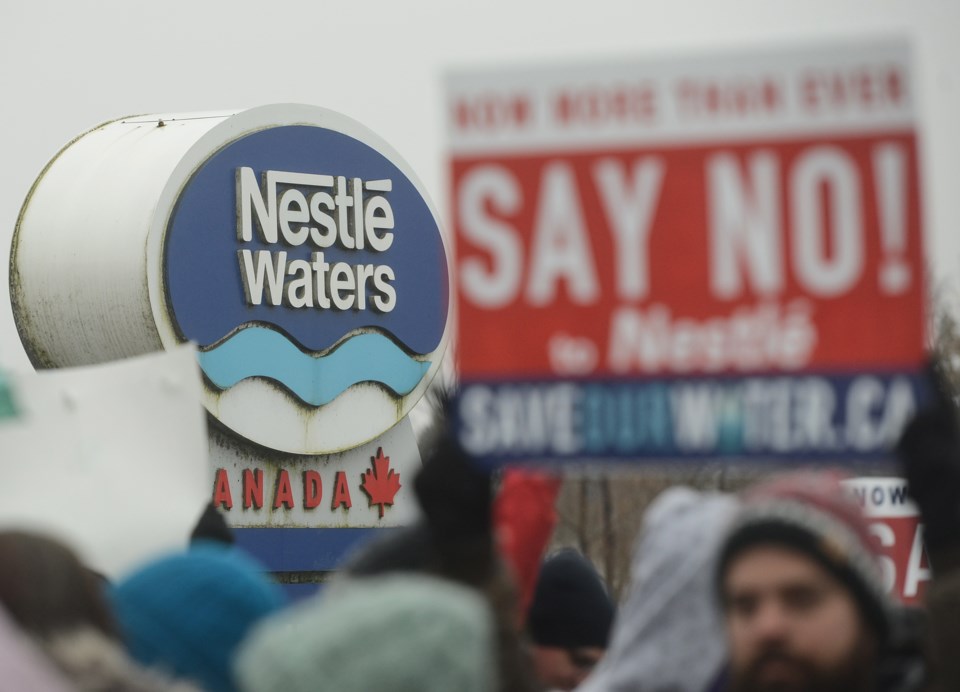 Now that a deal to sell Nestlé’s water-bottling operations has gone through a local group is calling for the provincial government to cancel the permits that would allow the new owners to continue taking millions of litres of water every year from the aquifer in Wellington County.

Nestlé announced on Wednesday that it has sold its regional spring water brands, purified water business and beverage delivery service in the U.S. and Canada or $4.3 billion to One Rock Capital Partners in partnership with Metropoulos & Co.

That deal includes the company’s water-taking operation in Aberfoyle, just south of Guelph.

Wellington Water Watchers is a local advocacy group that has been calling on the province to revoke the company’s water-taking permits for years. In response to Wednesday’s news, the group said it is calling on Jeff Yurek, minister of the Environment, Conservation and Parks, to revoke the permits and return the lands to public stewardship.

“Rural communities cannot afford to compete with Wall Street speculators for Ontario’s groundwater”, said Rob Case, chairperson of Wellington Water Watchers, in a press release. “This massive transfer of ‘water wealth,’ estimated at $4 billion, is an especially ominous development in light of Wall Street’s accelerating interest in ‘water futures’ trading and must be stopped.”

A moratorium on new permits will expire in April. Wellington Water Watchers is asking for the current water-taking permit to be deemed void and to prevent its transfer to One Rock Capital or any potential purchaser.

“Water privatization is anti-democratic,” said Arlene Slocombe, executive director of the Wellington Water Watchers. “Water is a unifying source of life that connects all of us together. It should not be negotiated away behind closed doors or exploited by corporations for profit. It’s time for the Ontario government to protect the waters here for future generations.”

Reached by phone on Wednesday, Guelph MPP and Green Party of Ontario leader Mike Schreiner said he has been advocating for strengthened regulations around water taking in the province and would like to see the moratorium stay in place.

There has been a number of times in recent years, noted Schreiner, when drought has caused the city of Guelph to restrict water use by its citizens.

“To see an expansion of water bottling operations in the region just isn’t sustainable,” said Schreiner.

Wellington Water Watchers is also seeking what it calls a ‘just transition’ for workers in the bottled water industry, as well as economic transition plans for communities reliant on tax revenues from water bottling facilities.