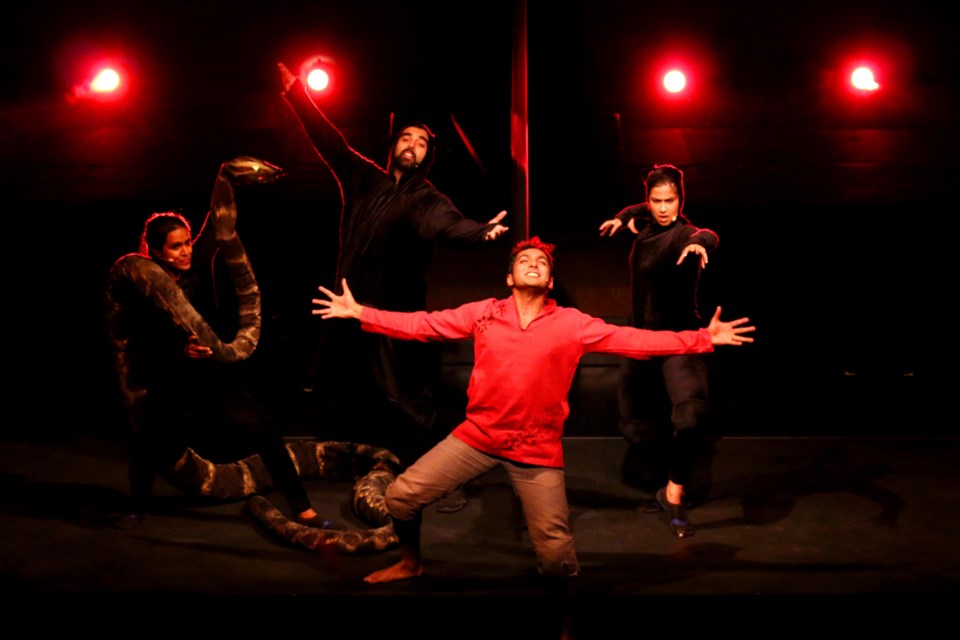 NEWS RELEASE
RIVER RUN CENTRE
*************************
Experience Rudyard Kipling's Jungle Book like never before during an acclaimed new theatrical adaptation of the classic story at River Run Centre Sunday, Jan. 5, at 1 and 4 p.m. The Main Stage performance is presented as part of the Park Grocery Family Series.

“Like stepping inside a beautifully illustrated children’s storybook,” The Observer says of Jungle Book. ”A magical experience!”

Jungle Book re-imagines Kipling's classic story through modern eyes. Celebrating his 25th birthday as an architect in New York City, Mowgli is taken back to memories of his childhood in the jungles of India. He begins to flip through the pages of his journal – his "jungle book“ – re-living the stories of his youth.

As a toddler, Mowgli is lost in the jungle after a vicious tiger, Shere Khan, attacks his family. The young Mowgli is rescued and adopted by two wolves, Akela and Raksha, who raise him in their pack. He learns 'The Law of the Jungle' from a bear, Baloo, and a panther, Bagheera.

The new theatrical production of Jungle Book sees Mowgli reconnect with his human mother and sister, beginning a journey that requires the help of both his animal and human families. In the end, the older Mowgli comes to understand the need to "let in the jungle” and connect the human and natural worlds to achieve balance.

“Joyous!” says the Sarasota Herald-Tribune. “A new version of the familiar story that should delight children and the adults lucky enough to join them.”

Jungle Book is presented by River Run Centre as part of the Park Grocery Family Series. River Run Centre is funded in part by the Government of Canada and gratefully acknowledges 2019-2020 season sponsor Richardson GMP.