A Toronto-based company has added Hidden and Historic Guelph points of interest, including long-lost Guelph Opera House, the Carnegie Library and Bell Piano Factory, among others to its interactive map
Feb 20, 2021 10:00 AM By: Kenneth Armstrong 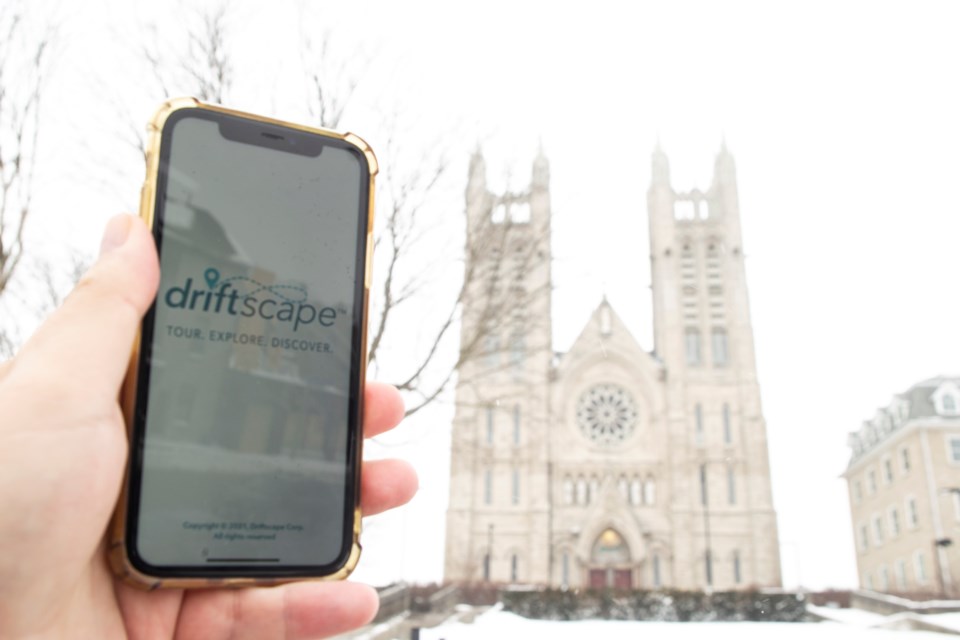 The free Driftscape app now includes listings of hidden and historical places in Guelph. The city's downtown association hopes it will drive traffic to retailers and restaurants downtown that have been hard hit by the pandemic. Kenneth Armstrong/GuelphToday

Some of Guelph’s historical past is now available for people to access on mobile devices, something the Downtown Guelph Business Association hopes will drive traffic to the hard-hit restaurants and retailers in the city’s downtown.

Driftscape is an existing smart phone app which maps out sites of interest in different cities. The Toronto-based company has added Hidden and Historic Guelph points of interest, including long-lost Guelph Opera House, the Carnegie Library and Bell Piano Factory, among others to its interactive map.

That listing of historic sites is one layer of the app, which will some day also have listings of music venues, restaurants and other attractions, said Marty Williams, executive director of the Downtown Guelph Business Association.

“The long-term goal is when the pandemic is finally behind us thousands of people from Toronto and elsewhere who have this app, if they are coming to Guelph, will open it up and see what is there,” said Williams.

The app is also currently populated with current points of interest, like the Basilica of Our Lady Immaculate, from a Canadian list of historic places. Williams said in some ways the app can take the place of a historic plaque traditionally used to denote a historical landmark.

In the meantime, people of Guelph can use the app to explore their own backyard and maybe learn a few things about the city’s past along the way.

“It might say a famous poet lived here,” said Williams. “It’s a fun little thing you can do with your family, with your bubble, to check out all of the things you might not have known about in Downtown Guelph,” said Williams.

The app allows for people to explore on their own or with family.

“It’s drawing them downtown in a safe way — outdoors in small numbers,” said Williams. “Not congregating.”

The hope is for people to explore a little and maybe stop in to a downtown shop or two or grab a bite along the way.

“We hope people will download the app and get the information and maybe go for a nice walk downtown,” said Williams.