New Niska Bridge set to open by end of the month 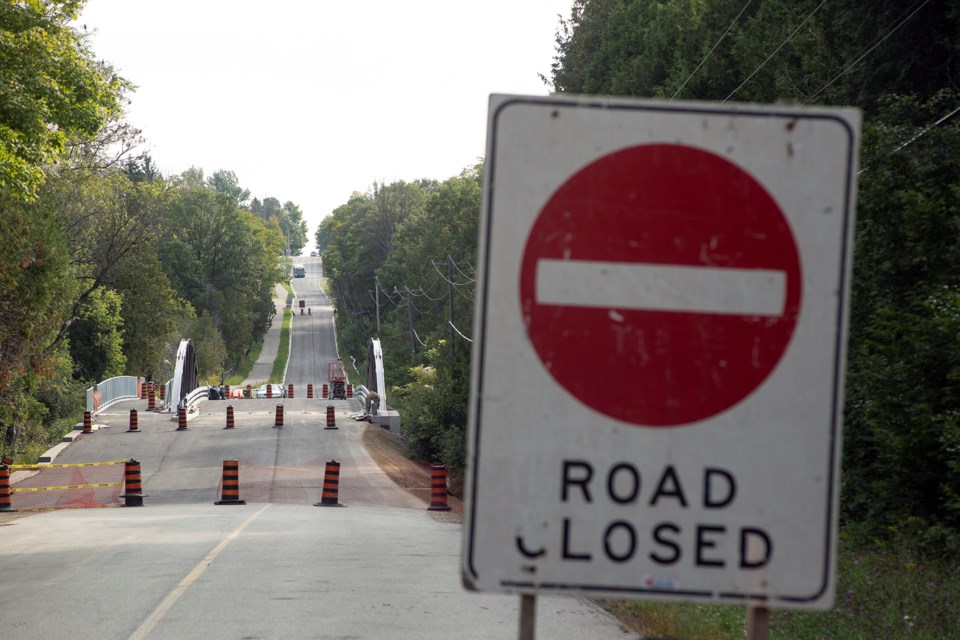 The Niska Bridge is set to reopen by the end of September. Kenneth Armstrong/GuelphToday

Weather permitting, the new Niska Bridge should be open by the end of September, possibly earlier.

City of Guelph deputy chief administrative officer Kealy Dedman said the bridge is almost complete and is just getting some finishing touches and repaving.

The repaving is weather dependent, Dedman said, but the city is hoping to open the bridge before the end of September and at the end of the month at the latest.

Dedman said there will be an official notice once the opening date is finalized and an official ceremony of some kind at the location.

The bridge replacement cost $6 million and is on budget.

The former one-lane Bailey Bridge that spanned that portion of the Speed River was dismantled in March of 2018.