New snow storage pad will help save time and the environment 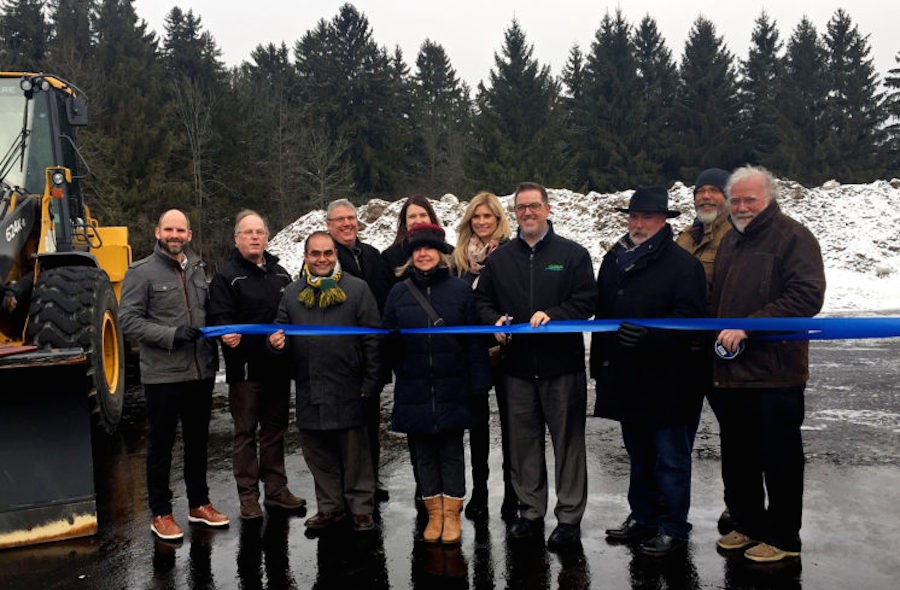 NEWS RELEASE
CITY OF GUELPH
******************************
The city has finished building a new 18,600 square metre—about 12 times as big as a hockey rink—snow storage pad near the wastewater treatment facility on Wellington Street West. The storage pad provides an environmentally-friendly solution for snow collected in the city.

“Throughout winter, the city clears 500 to 2,000 truckloads of snow, ice, sand and salt from roads, bike lanes and sidewalks,” explains Doug Godfrey, general manager of operations for the city. “In some cases, such as residential streets, the snow is simply cleared out of the way to ensure safe travel for drivers, cyclists and pedestrians. In other cases, such as large parking lots, bridges and some downtown streets, the snow has to be scooped up and moved elsewhere.”

For almost three decades, the city used an empty field near Wellington Road and Imperial Road for storing snow. Each spring snow would melt directly into the sandy soil below and around the field.

In 2019, the city received a $3.5 million grant through Infrastructure Canada’s Clean Water and Wastewater Fund to build a state-of-the-art snow storage pad to provide better environmental controls and improve the operational efficiency of the site.

“The pad is equipped with a drainage system and low permeability lining to reduce erosion and protect the natural environment,” says Prasoon Adhikari, an environmental engineer with the city. “Now as snow melts on the pad, it’s collected and directed to a stormwater management pond where it’s slowly filtered before making its way into nearby wetlands.”

As part of the project, the city conducted an environmental impact study and planted native plant species known to attract bee and butterfly pollinators, as well as salt-resistant native trees and shrubs, throughout the site.

The city also built a year-round weather station and a commercial net-metered solar panel system that will help reduce the site’s carbon footprint and support the city’s goal to achieve a net-zero carbon future by 2050.