Half of the owners of Guelph's downtown board game cafe now sit on Guelph City Council
0
Oct 25, 2018 10:30 AM By: Kenneth Armstrong 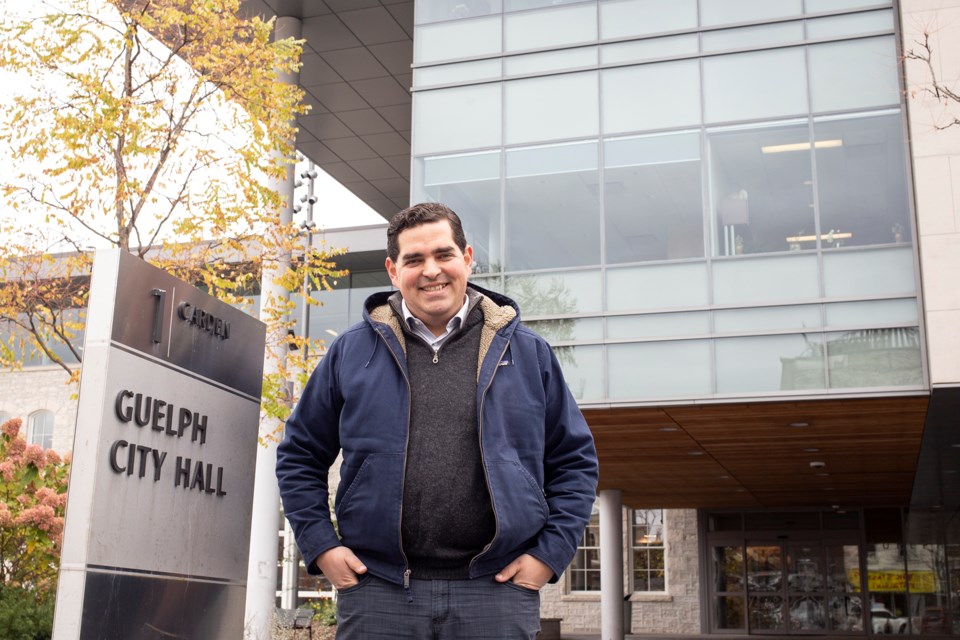 Rodrigo Goller knew from a young age that he wanted to serve the community. Now, at age 39, he will represent Guelph’s Ward 2 as one of two new city councillors for the upcoming term.

Goller is one of four owners of The Boardroom, a downtown cafe filled with over 600 board games. Ward 6 councillor Mark MacKinnon, who was re-elected on Monday, is a fellow co-owner.

On Monday evening, Goller was at the cafe with his wife and mother-in-law as election results were coming in. Goller and his wife are expecting their first child in January.

“We were playing a game while we refreshed our phones to see how things were going,” said Goller. “I did not take for granted that I would win, I was actually quite fearful that my efforts would fall short.”

By the end of the night, Goller finished a few hundred votes shy of incumbent James Gordon. The two will represent Ward 2 in the upcoming term of council.

Goller left his job as a community engagement coordinator at the city in June 2017 to dedicate more time to The Boardroom.

“After about six months of working my day job at the city and having the business, my wife started getting upset with me because I would work 8:30 to 4:30 and then I would come here and do a six or seven hour shift,” said Goller. “Something had to go, so I resigned from the city.”

The Boardroom opened in July of 2016.

“It was great opportunity to create a space in the community where people can get together, talk, spend time building inter-personal relationships — which is really important to me,” said Goller. “When you play a board game, you are taking to other people, you are getting to know them. It also takes people away from heir screens, which in today’s day and age is important.”

Business has been doing so well, said Goller, they have hired a new supervisor. This has freed up enough of his time to allow him to serve on council.

Goller said his work in community engagement for the city will give him added insight as a city councillor.

When he votes to have city staff create a report, he has an understanding of how much time and effort goes into it, because he has been on the receiving end of those requests.

In his role as a community engagement coordinator, Goller helped to write the city’s Community Engagement Framework, basically the manual on how the city needs to engage the public before making a decision that is going to impact them.

He hopes to keep public input in mind when making decisions as a councillor.

“I think it’s really important for us to touch base with the community and ask for their feedback before any decision is made so the city of Guelph has as much information as it can have about how projects are going to affect people,” said Goller.

As a campaign promise, Goller committed to meeting with Ward 2 residents every two months.

He said one of the problems with the current system is councillors are only held to account every four years at election time. There is no mechanism in place forcing councillors to touch base with their constituents on a regular basis to ensure they are on the right track.

“What I am looking to do is have an opportunity to update people on a face-to-face level on what the projects are, what is coming down the pipeline and then hear from people what is important to them,” said Goller. “Because my background is in community engagement and I have been a facilitator, I have some ideas about how I can organize those meetings in a way that gives people an opportunity to talk about issues that are important to them.”

Goller immigrated to Canada from his native Peru at age 10. He went to high school and university in Guelph.

“I really appreciated the Canadian system, where you look out for one another, government is mostly not corrupt and the rule of law is followed. I think that is fantastic, said Goller.

“Since high school I knew I wanted to serve somehow, I thought I could maybe be a cop because that is a clear job where you are serving the community, so I studied criminal justice and public policy at the university of Guelph, thinking I would go in that direction,” Goller told GuelphToday.

By the end of his studies, Goller had a change of heart and considered working as a teacher. He spent a year teaching English in South Korea.

“After teaching kids for one year, I realized how tough it was and that I didn’t have the patience to teach kids,” said Goller.

He worked in Toronto for a time, but returned to Guelph to open a branch on an office that matched up newcomers to Canada with jobs in the environmental sector.

“I also took families camping to enjoy the Canadian great outdoors. That’s what actually got me interested in backcountry camping,” said Goller. “Not until I was an adult did I discover the great outdoors and how amazing it is. I think it adds a whole other dimension to Canada that I really enjoy now.”

Goller said he is disappointed by the low voter turnout in Monday’s municipal election. Only 37 per cent of eligible voters cast ballots in the contest.

“I think that is abysmal,” said Goller. “The municipal level is the most important level because it touches your life in the most ways.”

Asked if he has a favourite board game, Goller named Twilight Imperium.

“It’s like Settlers of Catan, but it takes 10 hours to play — I like long, complicated games, so I think the long meetings at city hall are not going to be exhausting for me,” he said.

Public complaint leads to removal of anti-abortion ad from Guelph Transit buses
Feb 19, 2020 11:30 AM
Comments
We welcome your feedback and encourage you to share your thoughts on this story. We ask that you be respectful of others and their points of view, refrain from personal attacks and stay on topic. To learn about our commenting policies and how we moderate, please read our Community Guidelines.