No Guelph Santa Claus Parade this year, but organizers working on alternative event

Safety protocols mean no large gatherings, but organizers say they still want to make sure kids get to see Santa somehow
Sep 8, 2020 7:00 PM By: Tony Saxon 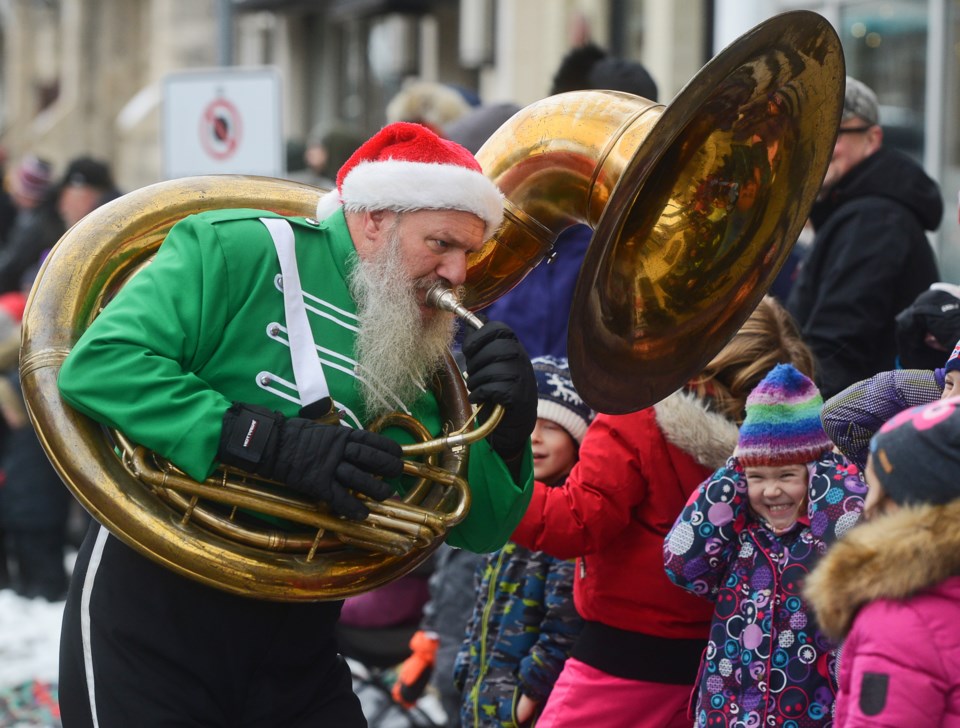 A tuba player gets up close with some young parade watchers at the Guelph Santa Claus Parade in 2018. Tony Saxon/GuelphToday file photo

There will not be a traditional Santa Claus Parade in Guelph this year, but organizers are hoping to host some type of alternative event.

The pandemic and ongoing social distancing guidelines prevent the traditional type of parade from happening, said Sam Jewell, operations manager with the Downtown Guelph Business Association, which hosts the popular event each year.

The pandemic is also preventing float makers and marching bands from getting together.

“We can’t run the parade, firstly because of regulations. We couldn’t guarantee safety. But mostly because the people who are making the floats or that we would want in the parade aren’t able to get together to do that safely,” said Jewell.

Jewell said that while nothing has been finalized, organizers are working on coming up with some form of alternative.

“We are working on something. We’re reimagining the parade. It’s a community event and we still want to make sure that the kids get to see Santa this year, but it has to be reimagined,” she said.

That something might include a drive-by of Santa and some additional elements.

“It wouldn't be in November, more likely closer to Christmas because we need more time (to prepare) on this one.” Jewell said.

“We’re coming up with an alternative, we’re looking at how we can bring Santa downtown. But it can’t just be that, it needs to be more than just driving by Santa.”

Safety would be first and foremost for any event that happens, Jewell said.

Plans will be announced once they are finalized.