Irvine lost his 24-year-old mother to suicide when he was just five years old and in 2015 was dealt another blow with the untimely death of his 40-year-old father to mental illness
Oct 2, 2017 9:00 AM By: Kenneth Armstrong 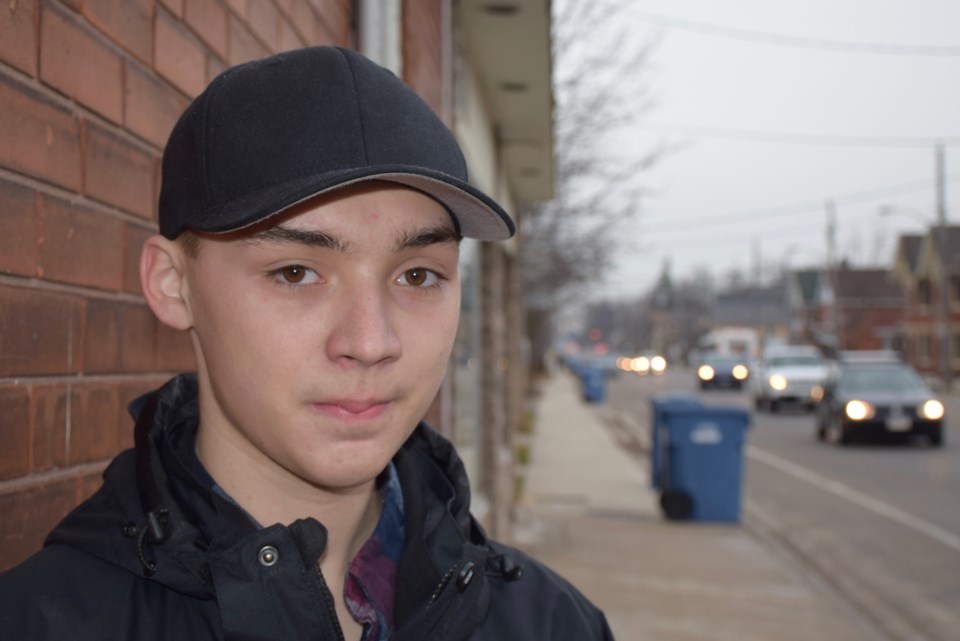 Noah Irvine is fighting to end the stigma surrounding mental illness in Canada, and for a national suicide prevention plan. GuelphToday file photo

A Guelph teenager who is trying to elevate the discussion around suicide prevention after losing both parents to mental health challenges is expected to speak with Prime Minister Justin Trudeau by phone Monday.

Noah Irvine, age 17, was expected to have received the phone call from Trudeau last week, but the call was postponed by the Office of the Prime Minister (PMO) to now occur Oct. 2.

Irvine lost his 24-year-old mother to suicide when he was just five years old and in 2015 was dealt another blow with the untimely death of his 40-year-old father to mental illness.

In a recent press release, Irvine said the two discussed the potential establishment of a mental health and addictions secretariat.

“A secretariat is a symbol but it’s an important symbol. It shows to millions of Canadians who are suffering and dying that government at the highest levels believes mental health and addictions are national concerns that need and deserve national attention and focus,” said Irvine.

Several federal ministries, said Irvine, are responsible for or have an interest in mental health — including Health, Indigenous Services, Veterans Affairs, Justice and Immigration, among others.

The teen plans on pitching to the Prime Minister the idea of establishing a mental health and addictions secretariat.

“Minister Petitpas Taylor showed a lot of interest in the idea of a mental health and addictions secretariat and said she would take the idea forward. I’m doing the same thing, only I’m going right to the top,” said Irvine.

Over the years, Irvine notes, governments have said they are spending hundred of millions of dollars on mental health and adding tens of millions more every year.

“Despite that, gaps in mental health care grow, wait times get longer and the number of people dying continues to increase. A major reason for that is the lack of focus and accountability for mental health spending,” he said.

Last month, GuelphToday published an interview with Irvine in which he expressed his displeasure that writing to 338 MPs across Canada resulted in only 40 replies.