After the summer provincial election, Irvine wrote to all 122 members of provincial parliament in Ontario. So far, he has received five responses
Feb 6, 2019 7:45 AM By: Kenneth Armstrong 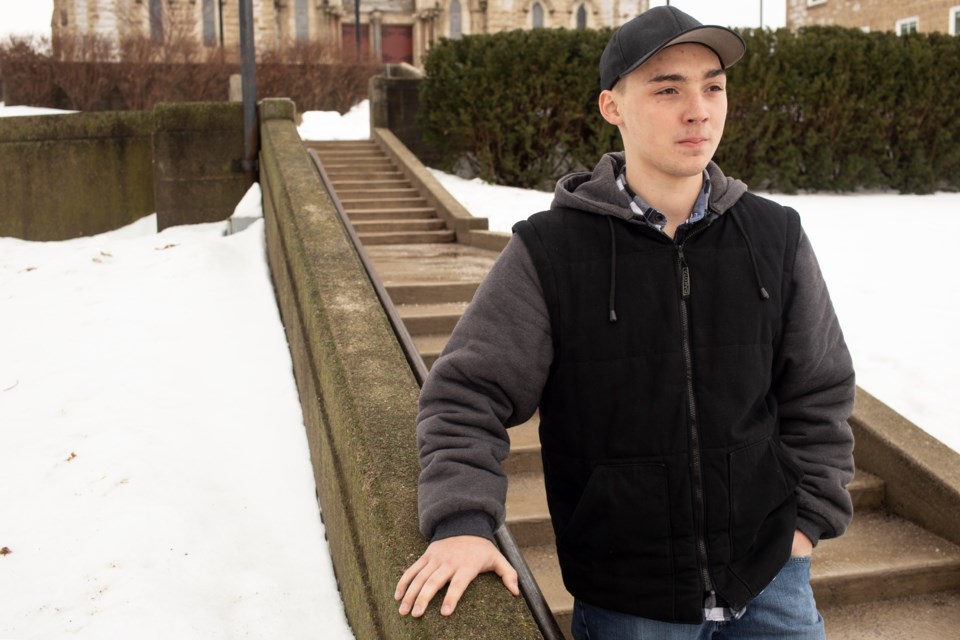 Through his continued letter-writing campaign, Guelph teenager and mental health advocate Noah Irvine is asking politicians across Canada to Stand Up and Do Better. Kenneth Armstrong/GuelphToday

Local mental health advocate Noah Irvine says the Ontario PC party campaigned on $3 billion in spending on mental health and addictions, but so far he is seeing little movement on the file by the current Ontario government.

“I have only ever grown up with the Liberal government, so I never really saw another government in Ontario,” said Noah Irvine, who gained noteriety in 2017 when his story of writing to every member of parliament in Canada — and the lack of response he got back — went national.

“I think this new government highlights quite clearly that they are all the same.”

Irvine has been advocating for the Canadian to create a national suicude prevention plan and for increased spending by governments at all levels for mental health and addictions services.

After the summer provincial election, Irvine wrote to all 122 members of provincial parliament in Ontario. So far, he has received five responses. Only one of those responses came from a sitting cabinet minister in the PC government.

“It is concerning to me that a government that originally campaigned on a promise for better mental health care — I don’t know if they understand the magnitude of this,” said Irvine. “Governments, unfortunately, have used mental health as an election promise, but they have yet to actually look past the dollar amounts.”

In September of 2017, Irvine participated in a press conference with NDP party leader Andrea Horwath, but he says he is non-partisan and that the previous Liberal government did not do all they could to prevent the current broken system.

“We know the Wynne Government didn’t invest enough in health,” he said.

Irvine points to a 2010 report created by the Select Committee on Mental Health and Addictions Care. The report was a rare occasion where all political parties in Ontario worked together to take a deep look at the mental health and addictions system in the province.

A PDF version of the final report can be read at this link.

The report’s many recommendations were mostly ignored and it was shelved, said Irvine.

“I cannot find the cost of that report, but whatever the number is — it was wasted because nothing has changed,” said Irvine.

The report was co-chaired by Christine Elliott, the current minister of Health and deputy premier of the province.

Irvine would like to see the report dusted off and for the current government to follow its recommendedations. He has sent two letters to Elliott, but has yet to hear back.

Last week, the NDP released a draft of the Ontario governments’s proposed legislation that would see the creation of health care ‘super agency’ and would pave way for the privitization of more services in the sector.

Irvine notes that the government says at the same time it is consulting with Ontarians about health care.

“This is a bit of a ruse. If you are going to do a consultation would you already have 85 pages of draft legislation? That doesn’t make any sense,” said Irvine. “For a government that touts itself for the people, they’re not listening.”

Last year, Irvine started a web site called Step Up and Do Better to document his journey and engage others to remind politicians at all levels about the urgent need for real improvements in mental health and addictions care and support.

Irvine said he will not be able to keep up his letter writing campaign indefinitely. He plans to attend university in the fall.

When he began his letter-writing campaign in 2017 after the loss of both of his parents, a university education was not on his radar.

“Losing my parents was a significant part of my life — this gave it some meaning. Because when you’re 15 and you lose your mom and your dad, what do you do with that? I did something with it,” said Irvine.

“I will be able to look back on this and say I tried to so something. The ball is now in their court. They have heard my story, if they want to do something, they can do it.”