10 Carden presents possible ways city could give them a break at the old Ackers Furniture store
0
Jun 11, 2016 4:50 PM By: GuelphToday Staff 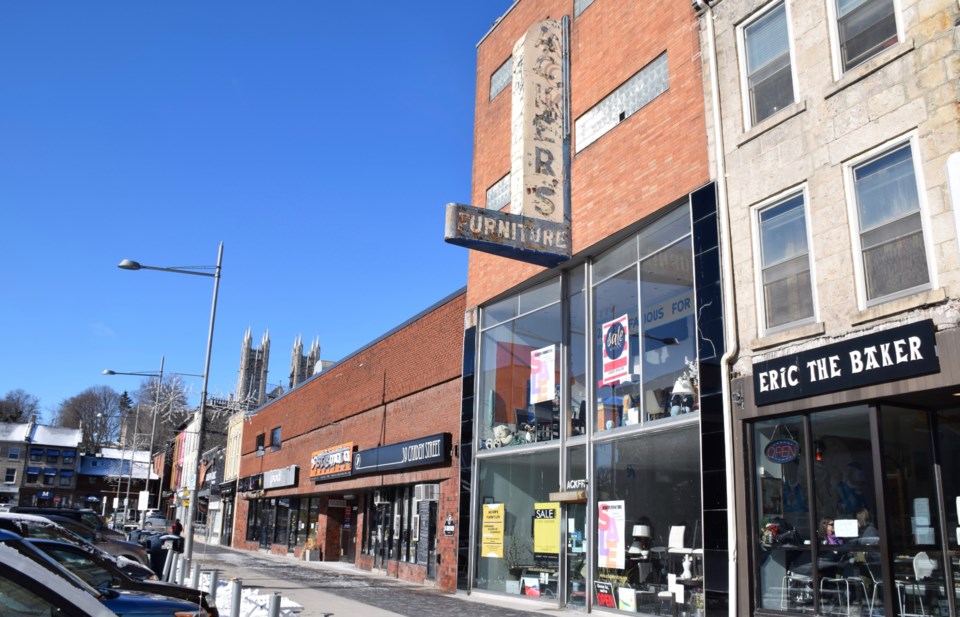 42 Carden Street, longtime home of Acker's Furniture, has been sold to the community organization 10 Carden.

The not-for-profit organization that bought the old Ackers Furniture store in downtown Guelph wants the City of Guelph to explore some new ways of helping them out financially.

The building, which sits across from City Hall, has been purchased by a not-for-profit 10 Carden and is being renovated to become primarily a community space for various organizations.

10 Carden had asked the city to consider purchasing a $50,000 “community bond” to help finance the project, but were informed by staff that the Municipal Act does not permit a municipality to invest in unsecured bonds.

Deputy CAO Scott Stewart said staff would look at the parking and infrastructure issues, but while the city does have a tax-break policy for charities, it doesn’t for not-for-profits.

Mayor Cam Guthrie pointed out that a break in parking fees would bring a deluge of requests from other downtown businesses doing renovations, so it would probably have to be a part of a bigger city analysis of the issue.

One good deed helps out another good deed on a sweltering Wednesday afternoon
May 28, 2020 7:00 AM

Heavy rain possible today: Environment Canada
May 28, 2020 5:57 AM
Comments
We welcome your feedback and encourage you to share your thoughts. We ask that you be respectful of others and their points of view, refrain from personal attacks and stay on topic. To learn about our commenting policies and how we moderate, please read our Community Guidelines.