One of Guelph's food truck pioneers is putting it in park

Sweet Temptations cupcakes will continue with a new owner as Jakki Prince moves on to new challenges
0
Jul 9, 2018 12:45 PM By: Tony Saxon 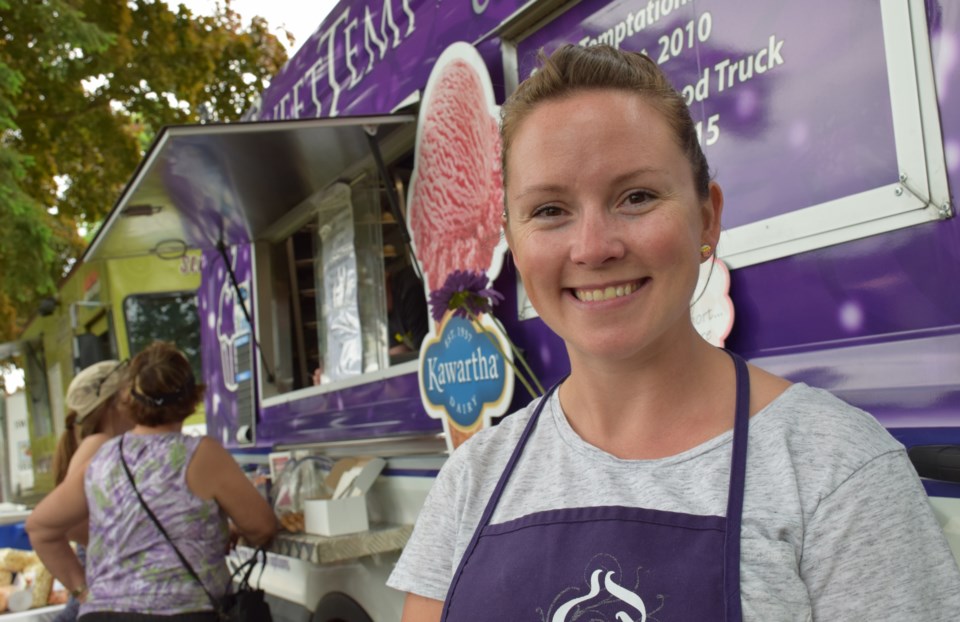 Jakki Prince figures she's made half a million cupcakes over the past nine years, but now one of the pioneer’s of Guelph’s food truck culture is stepping away from the mixer.

Prince, owner of Sweet Temptations Cupcakery and the smiling face at the window of Sprinkles, the purple food truck that has been a fixture around town for three years, is selling the business.

But with the lease on her store about to expire, Prince had to decide whether she wanted to keep making cupcakes for another five years. The answer was no, and the timing was right to transition to a new owner.

“I was questioning myself if I wished to do it for five more years or had I seen it through its exciting business and let somebody else take it on,” Prince said.

While the cupcake truck has been going for three years, Sweet Temptations is nine years old.

“The next phase didn’t excite me quite as much and I want to find someone else who is ready to take it to the next level,” she said.

Prince is proud that she and others helped get Guelph’s food truck bylaw off the ground three years ago.

There are now roughly 20 food trucks in Guelph with annual licences, others that get special occasion permits for short visits.

“It was really an exciting time,” she said of making food trucks legal here.

“Guelph was sort of behind many municipalities that had already put food trucks in place. Creating that bylaw to allow it was fun to be a part of because it really shaped what we could do in the coming years.”

Prince said food trucks have added a rich layer to the thriving food and festival scene in town.

But all good things come to an end.

In the beginning she had the passion and energy to work all the time at building the business. Now, the “scaling phase” as a medium business isn’t quite as exciting.

“There’s no half-assed when it comes to being an entrepreneur and it takes a tremendous amount of discipline and self-motivation to keep doing it,” Prince said.

“It was born out of a passion and every step was about being in love with being an entrepreneur and and having that challenge.”

Now it’s time for the next step in her life, she said.

Prince’s new adventure is as a part-time contract as entrepreneur in residence at the University of Guelph, mentoring students and student businesses in the College of Management and Economics.

She has already met with three interested parties. The deadline is the end of July with the new owner taking over by November.

As for the burning question of what is her favourite cupcake flavour, Prince doesn’t hesitate.

“Chocolate mint. I make 100 flavours and that’s been my favourite from the very first day,’ she says.