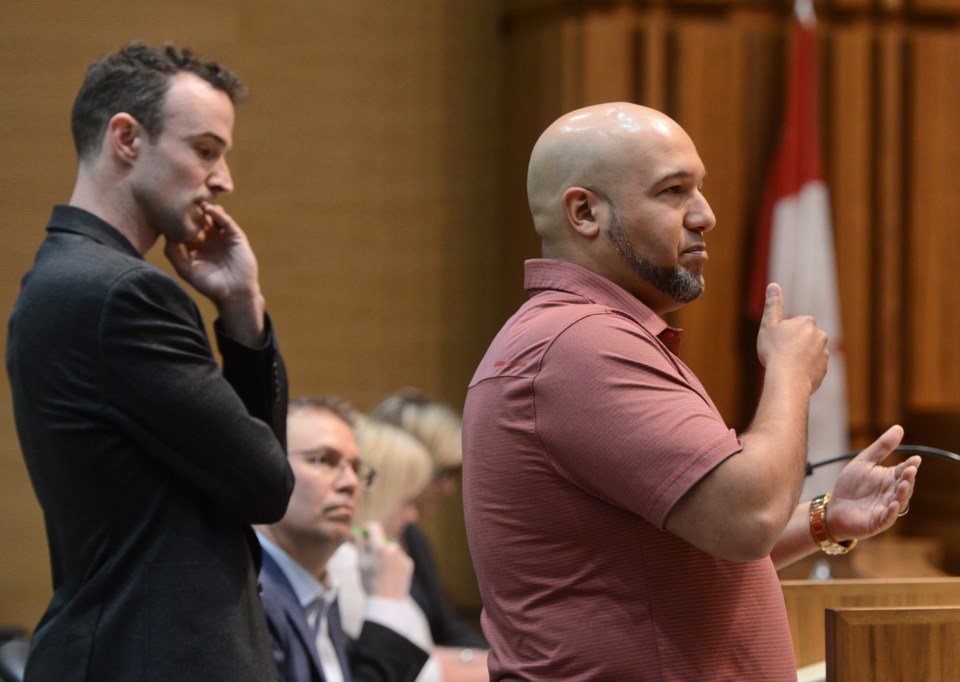 Speeding up Gueph's Community Energy Initiative to get to net zero carbon use would likely send its creators "back to the drawing board," Guelph City Council heard Monday.

Our Energy Guelph presented the city’s updated Community Energy Plan at council’s Committee of the Whole meeting on Monday.

That plan, two years in the making, is a road map of 25 actions intended to get the city as a whole to being carbon neutral by 2050 and the City of Guelph as a corporate entity to be 100 per cent renewable energy, also by 2050.

But at the end of the month council will be dealing with a motion by coun. James Gordon intended to move up that target to 2035, a development that Our Energy Guelph addressed Monday.

Jonathan Knowles, co-chair of Our Energy Guelph, said that moving up the target date after two years of work could send them back to the drawing board “instead of getting to work.”

“Let’s just get to work” then reassess timelines as the work progresses, Knowles said.

“We’ve thought this thing and discussed this thing to death. Now we’d just like to get to work,” he said.

Co-chair Kirby Calvert said the 2050 goal is “aligned with what the scientific community wants of us.”

He noted that accelerating the timeline would also increase the financing per year, financing that has not yet been secured or even discussed indepth.

Both Calvert and Knowles said they hope the goals are achieved before 2050, but that targets would be reassessed as things proceed.

They also said, in replying to a question from Mayor Cam Guthrie, that council does not have authority to change the target date established by Our Energy Guelph, a body that is independent of council, but whose work has been endorsed by council.

The Community Energuy Initiative calls for a $3.2 billion investment over the next 30 years, by the city, other levels of government and community businesses and partners.

The initial call is for a $700,000 commitment from council to progress the plan, including hiring an executive director.

Calvert noted that little of the eventual investment is expected to come from taxpayers.

It was also pointed out the 25 goals could result in 1,300 full-time equivelant jobs and millions of dollars in economic benefits to the community.

Our Energy Guelph has come up with 25 specific actions to meet the goal net zero and 100 per cent renewable goals.

Councillors expressed some initial concerns, including the ability to get community partners to help finance the plan, whether some of the goals were tied to provincial rules and regulations and the willingness of homeowners to take part in the initiatives.

The report was approved by a unanimous vote and now goes to full council for approval at the end of the month.

The mayor moved that the update should wait until council deals with the motion wanting the new target of 2035 on May 27.

But Guthrie couldn’t get a seconder for his deferral.

The mayor said “it doesn’t make any sense to me at all” to discuss a play that may be drastically altered at the end of the month.

The plan comes back to council May 27.