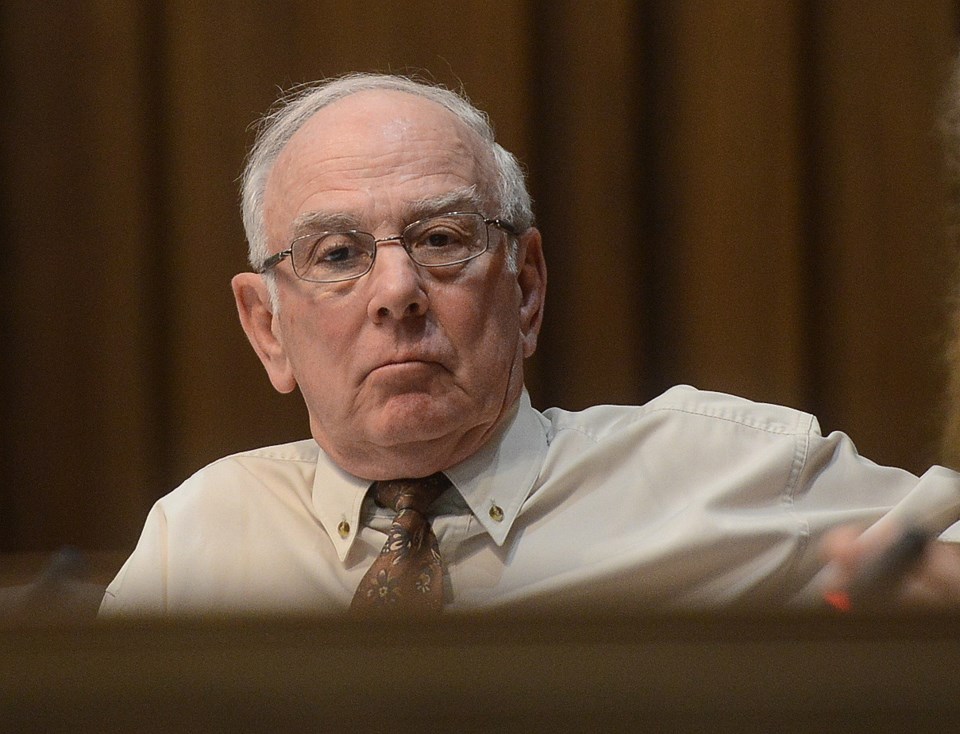 Longtime city councillor Karl Wettstein says the city’s new council has to find a way to work together with the city’s top executives moving forward.

After 15 years on city council representing Ward 6, Wettstein has decided not to run in this October’s municipal election.

Deadline for registering to run is 2 p.m. Friday.

“I believe the executive team is both aware and committed to working with the new council and picking up the pieces. The question is, is the new council going to be able to follow and understand?” Wettstein said Friday morning in an interview.

“I want to be positive .... we’ve done some extremely good things, but I’m also concerned that we don’t have the strategic leadership team,” Wettstein said.

Wettstein said city council has “lost ground” in the area of cohesion and good corporate governance and oversight.

He said he sees the city’s executive team as 17 people - 13 on council and four executives (the city’s CAO and three deputy CAOs) and that it has to start "functioning as a team, not two teams."

The outgoing councillor said the city is heading in a positive direction, with a focused and cohesive city staff moving Guelph forward on several major projects.

But he cautioned that the new council needs to work better in tandem with the city’s executive staff moving forward.

He feels that was lacking somewhat in the past couple of years.

Wettstein said at the beginning of last term the executive team at the time came forward with a new leadership contract structure signed by 60 city managers.

“Council didn’t sign on to it. We refused to sign on to it. Biggest mistake we could have made in the first year,” Wettstein said. “That hurt us the whole term.”

The other example he cited was council’s recent decision on council compensation, to ignore the recommendations of an arms-length committee and instead vote for a raise in the mayor’s salary.

“That broke every rule of governance in the book,” Wettstein said.

“We can’t let those types of things happen, not if we’re going to be seen as a strong leadership team.”

Wettstein, who was successful in four of the five elections he ran in, said it was a tough decision but one he felt was the right time to make.

“I really enjoyed it and people kind of count on you,” Wettstein said.

“There was a lot of pressure to continue, but I think it’s time to move on and let someone else take over. There’s a lot of good people running in Ward 6.”

He was seeing who the new candidates were in Ward 6, but didn’t base his decision solely on that.

“We’re all replaceable. Every one of us is replaceable with multiple people. I think politicians sometimes forget that we’re there to fill a role as best we can and self-importance sometimes gets in the way of good decision making.”

Wettstein said the personal interaction with constituents was the best part, rather than the time spent in council chambers.

“What stands out for me is not the council chamber part, that part can have some frustrating, long meetings that we don’t know how not to micromanage,” he said.

What he enjoyed most was the community interaction where people had real problems and were upset.

“Then once you talk to them you move from personal attack to working together and being really helpful,” Wettstein said.