Overnight track improvements to continue until the end of the year, says Metrolinx 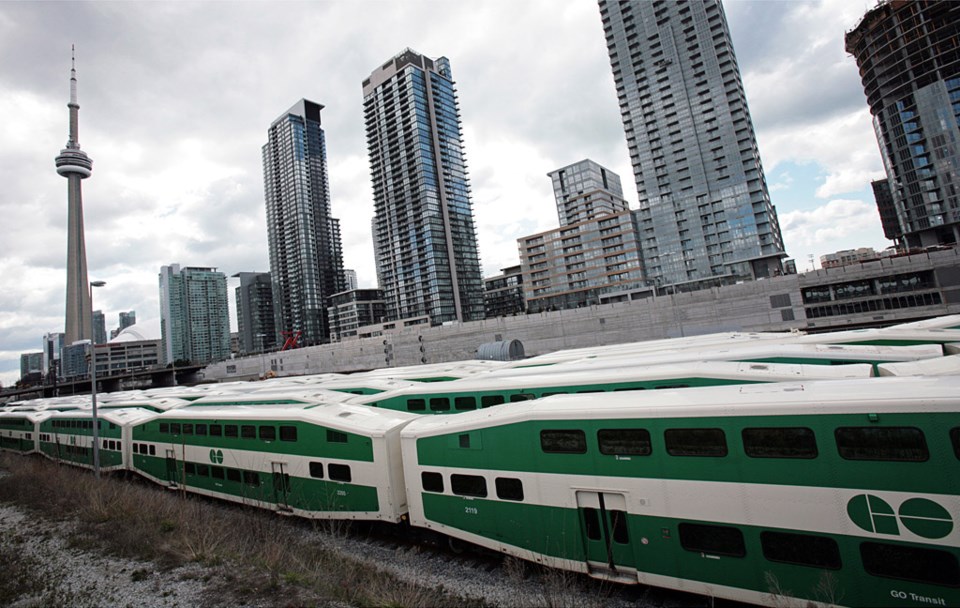 A spokesperson for Metrolinx said incremental improvements being completed between now and 2024 will work toward its commitment for two-way, all-day GO service between Kitchener and Toronto, including Guelph. Kenneth Armstrong/GuelphToday

A spokesperson for Metrolinx says track improvements being made in Guelph will improve the speed GO Trains will be able to achieve between the downtown station and Kitchener, but that doesn’t necessarily mean two-way all-day service to Toronto is around the corner.

Faster and more frequent GO service on the Kitchener-Toronto transit corridor is a priority due to the demand for transit options and the development potential of the region, said Scott Money, media relations for Metrolinx.

Currently, the train tracks used by the GO Train from the Guelph train station to city limits on the way to Kitchener are safe to use, but only at slow speeds, said Money.

“Safety is our number one priority,” said Money. “Slow orders have been issued through that section of the corridor for the safety of all trains (passenger and freight) using the tracks.”

The improvements currently being completed include upgrading two level crossings, replacing ties and ballasts and adding fencing. Some work is done during the day, but Money said some work needs to be completed overnight when rail traffic is lighter.

“We are sensitive to the community and we have kept them updated with regular notice of the work occurring near their homes. We limit our use of machinery to essential work and mitigate light impacts by pointing them away from residential areas,” said Money.

The volume, frequency and pitch of beepers used on heavy equipment when backing up is regulated by law and can’t be altered, Metrolinx noted in a handout given to residents at a recent open house.

Before two-way, all-day service can commence, Money said an agreement has to be made with CN Rail, who own a section of the corridor between Bramelea and Georgetown.

Money said there is currently a tender in the market for a technical advisor to look at all feasible options to improve journey times between Kitchener and Union Station in Toronto. The tender is expected to be awarded in early 2019.

Work on the Kitchener GO expansion plans include incremental service level improvements  being made up to the year 2024 to deliver on the two-way, all-day commitments, said Money.

Some of that work is already yielding results, he said, including the recent announcement that two additional passenger cars have been added between Kitchener and Toronto during rush hour service, which was made possible after improvements were made to the Acton and Georgetown stations.

As part of the work currently being completed in Guelph, safety fencing will be added near more portions of track.

“Metrolinx encourages everyone to stay behind the yellow line at all stations, only use designated railway crossings, and never use train tracks as a short cut,” said Money. Preventing fatalities on our tracks by transit safety patrols, deterrence by means of physical barriers and intervention is a priority.”

The current maintenance project is expected to be finished by the end of the year.

UPDATE: 46 lab-confirmed cases of COVID-19 in Guelph
Apr 5, 2020 1:46 PM
Comments
We welcome your feedback and encourage you to share your thoughts on this story. We ask that you be respectful of others and their points of view, refrain from personal attacks and stay on topic. To learn about our commenting policies and how we moderate, please read our Community Guidelines.