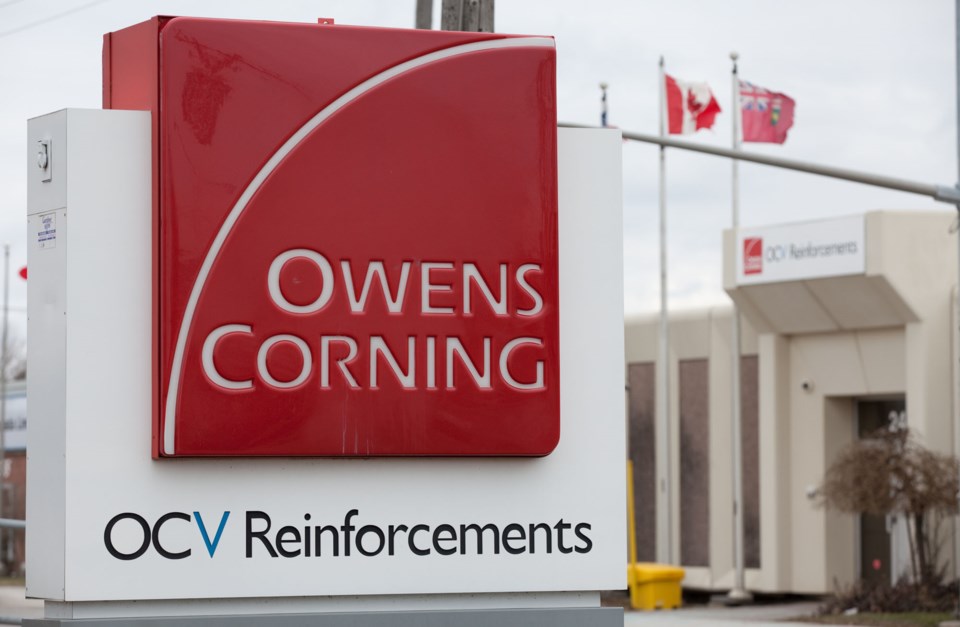 The union representing 55 production workers at the Owens Corning plant in Guelph has voted overwhelmingly to go on strike starting Friday.

Workers United Local 1305 said the plant at 247 York Rd. in Guelph once employed over 600 workers but now has less than 10 per cent of that workforce.

The one-year offer was the company’s final offer, said the news release. The company and union last met on Nov. 12 after the contract expired on June 1.

The workers voted 93 per cent in favour of a strike which is scheduled to begin at noon Friday.

The union said in the release that Owens Corning recorded quarterly adjusted earnings of $289 million before interest and taxes.

The union said the company’s CEO received a 130 per cent salary increase last year, for a total of $6.1 million, while at the same clawing back benefits to local workers.

“Clearly, they can afford to give the people who generate those profits a better contract this go round,” said Madsen.

Efforts to speak to an Owens Corning representative were not immediately successful.